This Is What You Should Never Say During a Job Interview

You should never swear when being interviewed for a job. Most individual words by themselves won’t really impact your chances and can be used, depending upon the context, and meaning. However, swear words show bad judgement and can only hurt, not help your chances.

I actually made this mistake on my first job interview out of college. And it cost me the job.

Related from Quora: Auren Hoffman’s answer to Do nice people win in the business world?

And the reason I made the mistake? I was so comfortable in the interview, that I began talking to the interviewer like he was my friend. I let my guard down and came off as immature and rude.

I was interviewing for a job at eBay, in 1999, which would have been a great opportunity. All of the initial and early round interviews went well, and on the final interview I was interviewing with the decision maker — the man who would be my boss.

The conversation was flowing smoothly and we had instant rapport. I thought it was going great. Then at the end, the interviewer mentioned a mutual acquaintance — an infamously rude person. This mutual acquaintance was a huge jerk, and without thinking I called him a total asshole. We laughed, and I felt like we were sharing an inside joke.

Related from Quora: Keck Medicine of USC’s answer to How do you make healthy new year resolutions and stick to them?

I left, thinking that the job was mine. However, when I got the call from the recruiter, it was to tell me that I was not hired. Initially I figured I didn’t get the job because I didn’t have enough experience — after all, this would be my first full-time job.

However, the recruiter told me that they rarely gave candidates the real reason they were being passed on, but she felt it necessary to tell me that the reason I didn’t get the job was that I showed poor judgement and a lack of filter by swearing. Ouch.

It’s good to be comfortable in an interview, but not too comfortable. Remember an interview is not a casual conversation between two friends. You are interviewing to be a representative of a company, and essentially you are being interviewed on your professionalism and judgement. If you come off as rude in an interview, they assume you’ll only be worse once you join the company.

Also keep this in mind when and before you arrive at the company. Don’t swear in the elevator, or at anyone at the local coffee shop. You may blow the interview by swearing, before it even starts.

Read more: Awdhesh Singh’s answer to What does a rich man have which a poor man does not?

Certainly, in some roles, swearing may not be a deal breaker, and in many cases it won’t cost you the job. However, why chance it?

Good rule of thumb is to:

This question originally appeared on Quora: What words should you never say when being interviewed for a job? 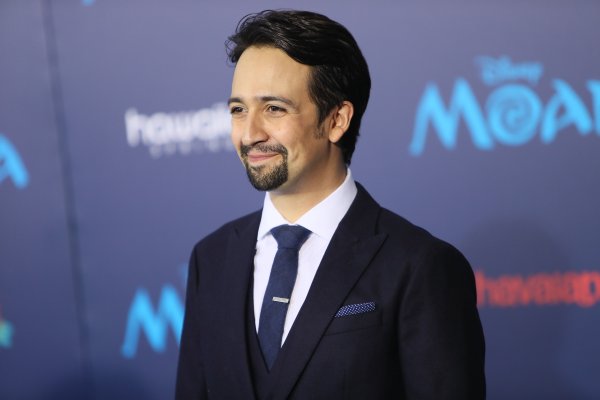 Lin-Manuel Miranda Wants Men to Fight for Planned Parenthood Too
Next Up: Editor's Pick