J.K. Rowling Is Totally Fine if Donald Trump Wants to Call Her 'Overrated' Too

When it comes to comebacks, outspoken Twitter user J.K. Rowling always has one at the ready. Today was no exception, as the incisive writer behind Harry Potter took to social media to align herself with Meryl Streep following the legend’s Golden Globes speech—and to suggest that she seeks no compliments from president-elect Donald Trump.

After winning the Cecille B. DeMille Award, Streep used her screen time to lambast Trump and urge her fellow actors and members of the press to “hold power to account;” in response, Trump called Streep “over-rated.” In Streep’s criticism, she singled out the president-elect’s mockery of New York Times reporter Serge Kovaleski, who is disabled, during a 2015 rally, something Trump later denied.

As for Rowling? That insult is one the openly anti-Trump author is certainly not afraid of—at least, not from the man she has previously called a “giant orange Twitter egg.” In response to a concerned tweet suggesting Trump might also consider her “overrated,” Rowling was unequivocal in her response. “Never forget that some people’s good opinion would be more insulting than their abuse!” she explained, adding one more notch in her belt of political comments. 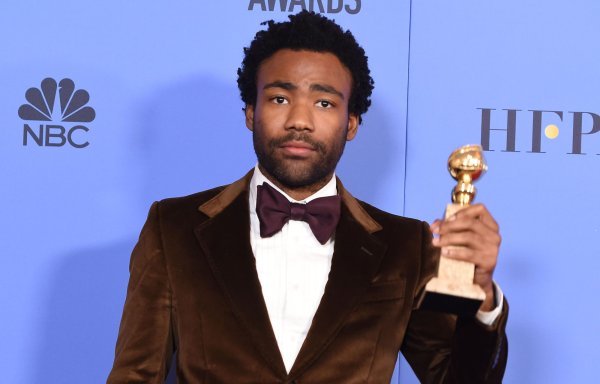 Donald Glover's Shoutout to Migos at the Golden Globes Lit Up the Internet
Next Up: Editor's Pick