A Maryland man opened fire inside his house and barricaded himself during an hours-long standoff with police Sunday after an argument over a grilled cheese sandwich, authorities said.

Daniel Brian Blackwell, 55, fired multiple rounds through his basement floor about 5 p.m., prompting his wife and three teenaged children to call police and flee the house, Baltimore County Police said in a news release. His family members were unharmed, but Blackwell was taken to the hospital for non-life-threatening injuries after peacefully surrendering to police at the end of a three-hour standoff, authorities said.

Blackwell’s wife told responding officers that her husband had shot at her through the basement floor “after he became angry when she took a bite out of his grilled cheese sandwich,” police said. “She said the first shot was fired as she was in the kitchen making dinner. At that point, she went down to the basement to check on her husband, found him surrounded by guns and ammunition and went back upstairs,” the police news release said. “Soon after, the wife heard three more gunshots, the projectiles of which came through the kitchen floor near where she was standing.”

Police found 15 firearms inside the house. Blackwell, who is not legally allowed to own guns because of prior assault convictions, was taken into custody and charged with attempted murder, assault, reckless endangerment and various firearms violations, according to authorities. 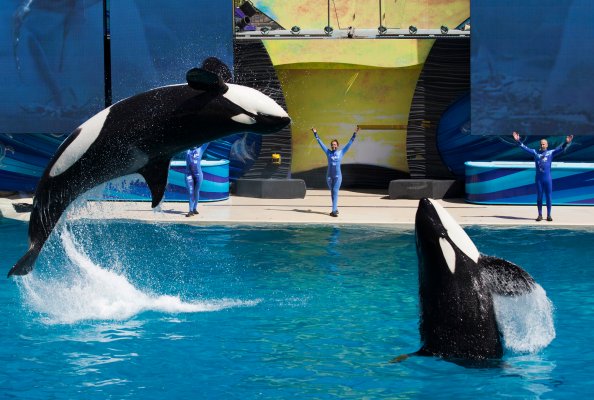