“Anxiety was a huge hurdle for me to deal with this past year (and security concerns didn’t help),” she wrote. “But I think I’m finally learning how to cope.”

“I once had a really bad attack on a plane and just had to ride it out,” Jenner elaborated in another piece on her app. “I felt my heart beating a million miles an hour and I even went a little numb.” She’s since learned to cope by approaching the anxiety in a new way. “It’s all mental, so I try to prevent anxiety attacks by bringing my mind somewhere else.”

Jenner attached photos of her breathing deeply and doing a yoga pose on a rock, and said that doing breathing exercises helps her to calm down. 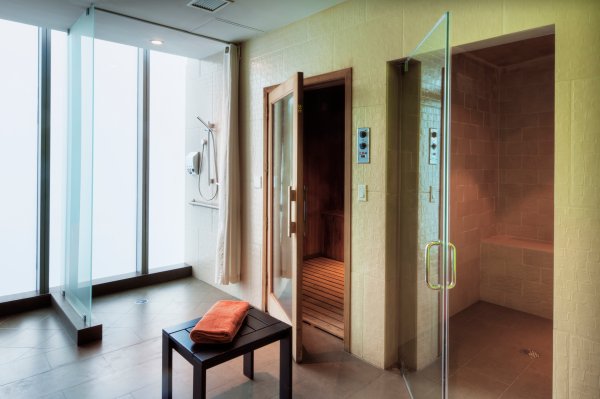 Are There Any Health Benefits to That Sauna at Your Gym?
Next Up: Editor's Pick