The past few years of award shows have seen a change in discourse on the red carpet and backstage. No longer are actresses just talking about the designers they’re wearing or their makeup — but they’re instead making the conversation about things that are more meaningful. And Viola Davis’ thoughtful response on Donald Trump was another terrific example of this.

“I will, believe it or not, remove Trump from the equation, because I feel that it’s bigger than him,” Davis said when asked about how the president-elect will impact the American Dream.

“I believe that it is our responsibility to uphold what it is to be an American, and what America is about. And the true meaning of what it means to pursue the American Dream,” she continued. “I think that America in and of itself has been an affirmation. But I think we’ve fallen short a lot because there is no way that we can have anyone in office that is not an extension of our own belief system. So then, what does that say about us? And I think that, if you answer that question, I think that that says it all.”

This isn’t the first time Davis has made a ground-breaking statement: She’s long been outspoken about issues like equal pay and diverse casting, pledging to effect change in Hollywood from the inside. 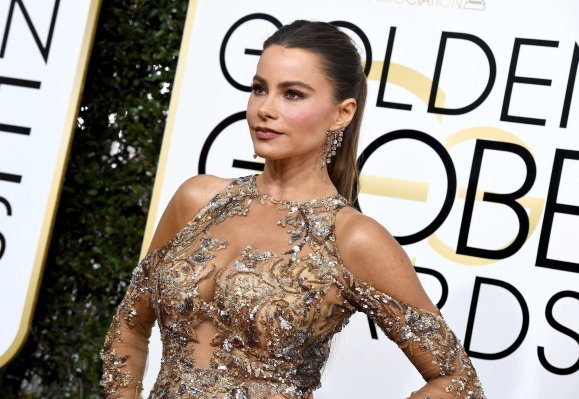 Sofia Vergara Broke Two of Her Red Carpet Rules at the Golden Globes
Next Up: Editor's Pick