Sofia Vergara may totally be over her number one hair no-no, based on her recent red carpet appearances.

The Modern Family actress and Golden Globe Awards presenter stepped out on Sunday’s red carpet with her hair in a slicked back, high pony that reaches halfway down her back. While sleek ponytails are all over the red carpet, Vergara told PEOPLE last year that she doesn’t think women should wear their up after turning 40.

“I think women once they hit 40, they shouldn’t put their hair up again until they’re 60,” Vergara, 44, told PeopleStyle. “I think in your 20s and 30s if you put it up you look great. Once you’re 40 you age yourself putting your hair up, and then 60 you’re already old, so you really need to look well put together, so just put it up.”

But who says a girl can’t break her number one beauty rule? We’re all about this sleek look, which pairs perfectly with Vergara’s sparkly gold long sleeve Zuhair Murad Couture embroidered gown with cold-shoulder cutouts and the 150 carats of Lorraine Schwartz nude diamonds she was draped in.

Vergara’s styling duo Jill Lincoln and Jordan Johnson told PEOPLE that their client also broke another one of her red carpet rules by wearing sleeves!

“Sofia never wears sleeves on the carpet. For the most part we have an, ‘Its not broke,’ formula when looking for gowns so its always great to find something a little unique,” Lincoln told PEOPLE.

Vergara also went for an updo at the Emmy Awards this past September, when she styled her hair in a tight half-up style that looked like a ponytail from the front, but flowed down in the back. 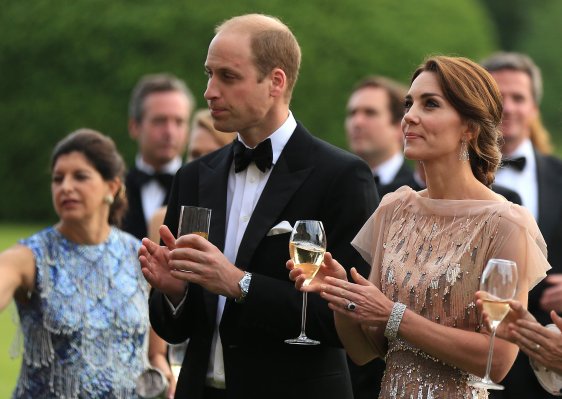