When Meryl Streep accepted the Cecil B. DeMille Award during Sunday’s Golden Globes, the actress used her time on stage to call out President-elect Donald Trump, though she avoided mentioning him by name.

Streep spoke of the importance of empathy in today’s world and referenced the moment that Trump mocked New York Times reporter Serge Kovaleski during a rally in 2015 for his disability. “This instinct to humiliate, when it’s modeled by someone in thee public platform, by someone powerful, it filters down into everybody’s life because it kind of gives permission for other people to do the same thing,” Streep said. “Disrespect invites disrespect. Violence incites violence. When the powerful use their position to bully others, we all lose.”

She then highlighted the importance of the press: “We need the principled press to hold power to account, to call them on the carpet for every outrage. That’s why our Founders enshrined the press and its freedoms in our Constitution.”

This article first appeared on EW.com 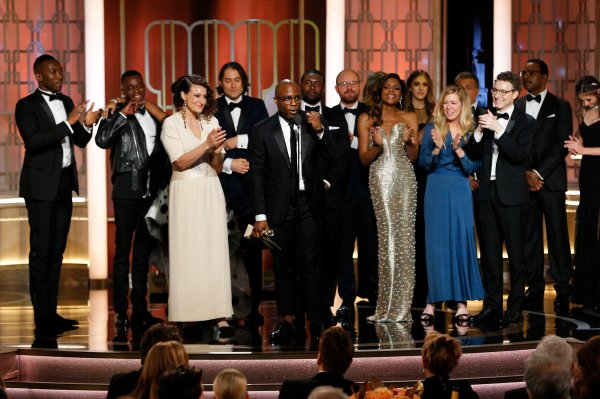