Halfway through Sunday night’s Golden Globes ceremony, La La Land hit four wins for four nominations, with three still left to go, as writer/director Damien Chazelle was named winner of the award for Best Screenplay. After Chazelle’s name was announced, he rose from his seat to make his way through a barrage of well-wishers on his way to the stage. But not every well-wisher got to wish the winner well.

La La Land star Emma Stone can be seen going in for a congratulatory hug…only to be rebuffed for the love of Chazelle’s life, Olivia. Stone took the indignity in stride, appearing to say, “That was weird, I’m sorry.” To be fair, La La Land was so impeccably choreographed Chazelle likely had little time left over to choreograph his posse’s compliments. 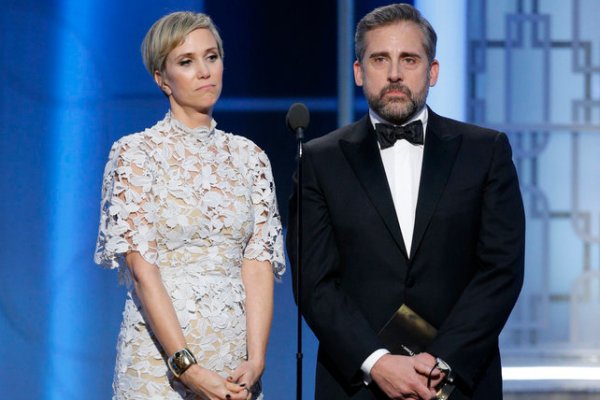 Kristen Wiig and Steve Carell Proved They Should Host the Golden Globes Next Year
Next Up: Editor's Pick