Natalie Portman has a big night ahead of her — and she’s off to a great start with a striking red-carpet appearance.

The actress, who is expecting her second child with husband Benjamin Millepied, showed off her growing baby bump at the Golden Globes on Sunday in a 3/4-length-sleeved yellow Prada gown with beaded embellishment.

As for her beautiful diamonds? All Tiffany & Co., including diamond fringe earrings, a white and yellow diamond ring and a Tiffany Archival platinum and diamond bracelet that is actually from 1910, which the star gushed was “quite amazing” during an interview with E!’s Ryan Seacrest.

“I’m very lucky to get to borrow things, Cinderella-style, for the night,” she added.

Portman, 35, is nominated for best performance by an actress in a motion picture, drama, for her portrayal of Jackie Kennedy in Jackie.

As for what kind of pressures came with the role, Portman revealed the challenge was in striking the right balance.

“You want to of course pay respect to the real person who I very much admire — and also to their family and friends who care so much about them,” she said. “But also, you have to balance the artistic pressures and desires to create a true portrait of a human being, and everyone is flawed.”

“It was a great opportunity and challenge to get to play her,” she added.

Portman also said she made several personal discoveries about Kennedy herself.

“There were many things,” she said. “I always knew she was smart, but I don’t think I realized how smart she was and I certainly didn’t realize what a role she had in crafting the legacy of her husband and her family and understanding how important image is and that it’s not such a superficial thing — that it actually corresponds to this substantive understanding of a person.” 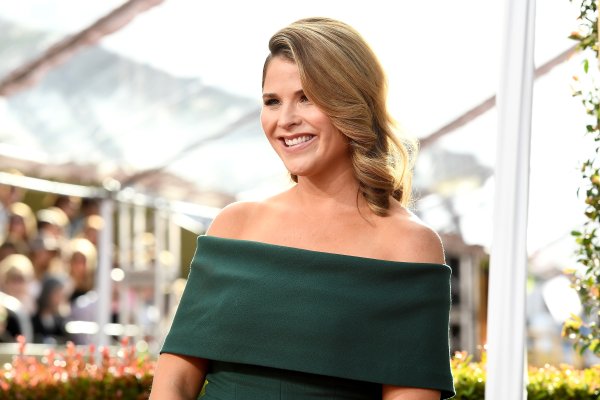