Jenna Bush Hager accidentally mashed up the titles of two Golden Globe-nominated movies on the red carpet on Sunday.

While speaking to Pharrell Williams, who is nominated for composing the score of Hidden Figures, Hager mistakenly called the movie by a different title.

“So, you’re nominated for Hidden Fences…” said Hager while talking to the producer, who was quite stoic, on the carpet.

Hager confused Hidden Figures — a movie about three black female mathematicians who helped the first astronaut orbit the Earth — with Fences, an adaptation of August Wilson’s powerful 1983 play, which stars Globe nominees Denzel Washington and Viola Davis and is not about space travel.

You can see the blunder below:

Audiences quickly took notice — and action: someone has already memed the moment by adding the Curb Your Enthusiasm music to the clip, adding some humor to the cringeworthy gaffe.

Watch the edited video below: 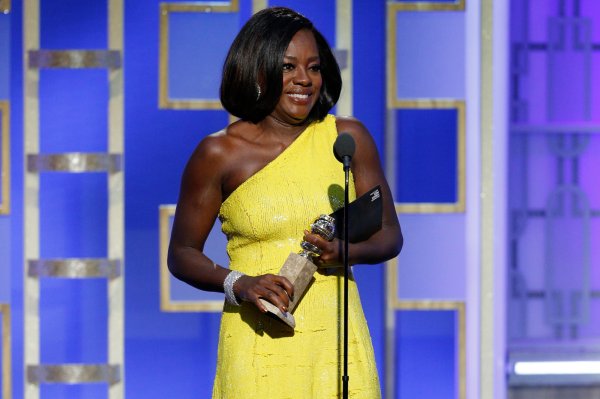