Ryan Gosling’s Golden Globes acceptance speech melted hearts everywhere after he thanked his wife, Eva Mendes, for holding down the fort while he worked on La La Land.

“I just would like to try and thank one person properly, and say that while I was singing and dancing and playing piano and having one the best experiences I’ve ever had on a film, my lady was raising our daughter, pregnant with our second and trying to help her brother fight his battle with cancer,” Gosling said in his speech. “If she hadn’t taken all that on so that I could have this experience, would surely be someone else up here other than me to today. Sweetheart, thank you.”

People online swooned over the real-life Feminist Ryan Gosling, with some drawing comparisons to his romantic role in The Notebook. 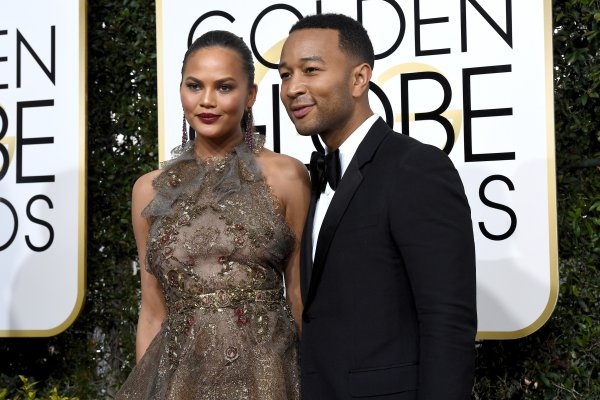 Golden Globes Had a Seat for John ‘Ledgend’
Next Up: Editor's Pick