Alec Baldwin doesn’t need to be on stage during Saturday Night Live to make fun of Donald Trump.

On Saturday, Baldwin posted a photo to his Instagram account wearing a red hat with the Trump campaign slogan “Make America Great Again,” written in Cyrillic, the Russian alphabet.

The first word means “Make,” the second is “America,” in Russian, the third word is “Fantastic” or “Great” and the last word is “Again,” according to CNN, but the phrase on the cap contains improper grammar.

“In fact, we just Google-translated it, and it’s translated exactly like on the cap,” Dougherty said.

The photo comes after the Office of the Director of National Intelligence released a report on Friday that Russian President Valdimir Putin likely led an effort to influence the 2016 U.S. presidential election. 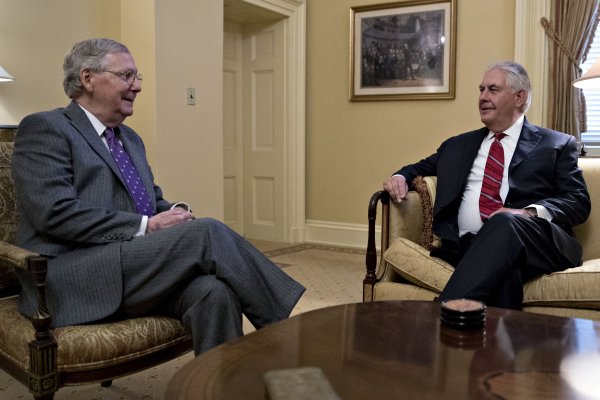 Ethics Office Warns of Deadline to Vet Trump Nominees
Next Up: Editor's Pick