Hulu has released a first look at its eerily timely new drama The Handmaid’s Tale.

Set in the dystopian Republic of Gilead — a totalitarian theocracy in what was once the United States, where women have been stripped of their personal rights — the series stars Elisabeth Moss as Offred, who ends up in a class called handmaids, females whose sole role in society is to reproduce.

Handmaid’s Tale, which is based on the 1985 Margaret Atwood novel of the same name, also stars Joseph Fiennes, Yvonne Strahovski, Samira Wiley, and Alexis Bledel.

The Handmaid’s Tale will debut April 26 on Hulu. Stay tuned for more scoop on the new series out of Hulu’s TCA day. 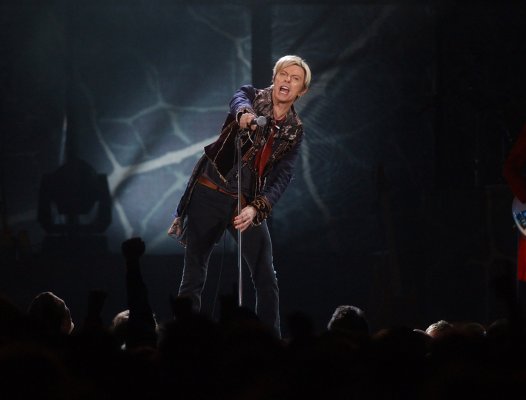 David Bowie's Son Is Crowdsourcing a Home for a Dog Named After His Father
Next Up: Editor's Pick