Tavis Smiley: The Other Tragedy of the Chicago Torture Video

See Jordon, Tesfaye, Brittany and Tanishia. See the crime they committed. See how swift justice is dispensed when the perpetrators, rather than the victims, are black.

I’m having such a hard time trying to compartmentalize my feelings about the videotaped torture of this precious young man. Let me tell you why.

One, while it’s clearly reprehensible, the unrelenting media focus on this random incident, is, to my mind, unbalanced and unwarranted. I understand that we live in an era where the internet rules, and these kinds of salacious stories are the best kind of click-bait. The young folk who use the medium understand that too. (One of the perpetrators says to the camera, “Y’all not even commenting on my s***!”)

But I wonder: How many fellow citizens who can’t stop their social media commentary about this sick incident have been just as outraged and outspoken about the regular harassment and abuse that black teenagers and other black fellow citizens endure daily at the hands of white cops? It seems to me that our (un)righteous indignation has a blind spot. This rush to once again blame the Black Lives Matter movement is punitive, pejorative and preposterous.

Two, how do you think these kids came up with the idea to broadcast this wicked torture scenario? You think they just made this up in their heads? We all know from whence it came… the movies they watch and the video games they play. Mad money is being made off of selling degeneracy to young folk, black and white. The easy access they have to information allows them to make bombs that they take to school, get the guns that they kill each other with and to come up with this kind of torture scene. They see this stuff everyday, everywhere. And then we act surprised when they re-enact it—on Facebook Live. Really?

Three, the comments made just days ago by the former Chicago police superintendent Garry McCarthy about cops avoiding stops and arrests in certain parts of the city were more disturbing and damning than this one incident, tragic as this one incident may be. That’s what cops sign up for — to protect and serve all. Not to cherry-pick neighborhoods for justice. That far more revealing storyline barely had legs, but this story is headline news everywhere. What’s more germane to the citizens of Chicago — an ugly and vicious but rare story like this, or the fact that police stops and arrests decreased dramatically last year? The same year in which homicides in Chicago were more than double the homicides in New York City and Los Angeles combined.

Four, why do we front like we really care about the mentally ill? Fake news, fake blues. We really don’t care about their plight, and the proof is in abundance. We don’t care enough to prioritize spending in our municipal and federal budgets to get them the help they need. Budgets are moral documents. We don’t care enough to enact and enforce legislation to keep guns out of their hands, even after they kill our babies and other loved ones. Repeatedly. We only pretend to care when their condition creates a convenient platform on which to stand and moralize about the menaces to society that maltreat and abuse them. Who are the real menaces in this sad situation, the kids who tortured the young victim, or all the rest of us who don’t demand that our leaders push mental health higher up on the American agenda?

Five, a not so bold prediction here, finally. It won’t be long before Donald Trump sends out another stupid tweet, the NFL playoffs begin, the Golden Globes are awarded, or frankly, just about anything else happens that pushes this story out of the headlines, and we’re on to the next. We came, we saw, we screamed, we tweeted, we turned the page. 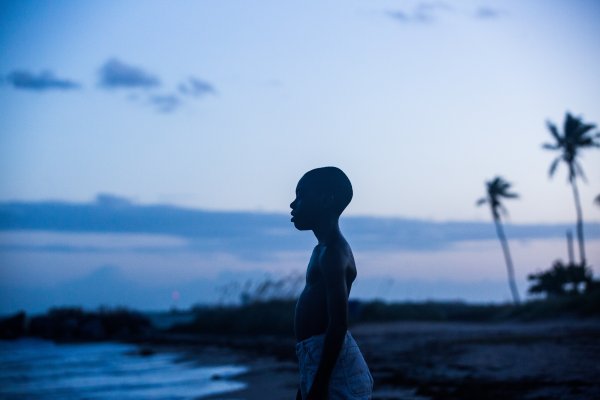 African-American Actors Ruled Hollywood This Year
Next Up: Editor's Pick