The number of confirmed deaths in the Washington state mudslide has increased to 29, officials said Wednesday.

Twenty-two of the bodies were identified as of Tuesday, up from 19 the day before. As the Snohomish County medical examiner’s office worked to identify the six other victims, rescue workers continued picking through the debris field in the hopes of finding the people that are still missing.

The search has been made slightly easier as receding floodwaters have exposed more ground that can now be examined by the search crews, the Associated Press reports. Treacherous conditions and bad weather have complicated the search for human remains buried in the debris, which is contaminated by chemicals, fuel and human waste.

Both rescue workers and search dogs are being hosed down at decontamination stations after completing their tasks.

“We’ve already had a little bit of dysentery out here,” Lt. Richard Burke of the Bellevue Fire Department told CBS News. “People are working in a septic tank of materials. We want them washed and decontaminated.”

The mudslide flattened more than two dozens homes when it hit the outskirts of the small town of Oso on March 22. 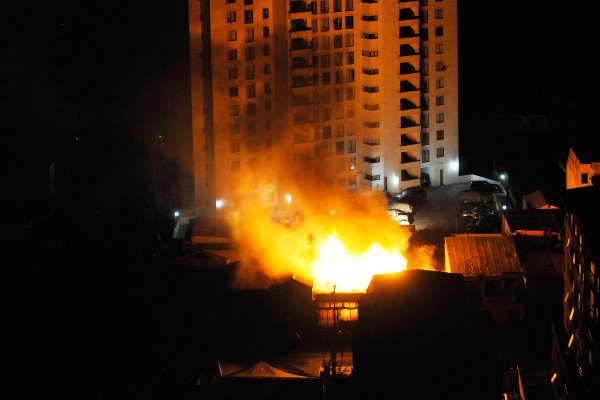 Massive Quake Off Chile Kills 5
Next Up: Editor's Pick