After steamrolling through the first six weeks of awards season with several dozen honors to its name, Moonlight won the Golden Globe for Best Picture, Drama at Sunday night’s awards ceremony. Though the movie was nominated for six awards, it didn’t win any until the final award of the night—which may have been a reason why producer Adele Romanski began her speech by saying, “I, to be honest, didn’t think this was going to happen.”

Romanski and writer/director Barry Jenkins thanked the cast, the crew, distributor A24 and Tarrell McCraney, who wrote the short play from which Jenkins adapted the script for Moonlight.

Jenkins spoke only briefly, acknowledging his mother: “Mom, you gave me my life, and I hope being on the stage right now is the fulfillment of the life that you gave me.” He then petitioned those who have seen the movie to tell a friend to tell a friend to tell a friend. Though Moonlight has been a hit with critics, its viewership remains modest. It has made $13.2 million on a $5 million budget, nothing to sneeze at for an indie, but much less widely seen than Best Picture — Musical or Comedy winner La La Land, which took home all seven of the awards for which it was nominated.

Moonlight is a story in three parts about a young boy—and, later, young man—growing up in Miami. The lead role is performed by three actors, Alex Hibbert, Ashton Sanders and Trevante Rhodes; two of their costars, Naomie Harris and Mahershala Ali, were nominated for their supporting performances at the Globes.

La La Land‘s domination Sunday night, at first glance, might seem to make the chances of an Oscar win for Moonlight more remote. But keep in mind that the Hollywood Foreign Press Association, which includes roughly 90 journalists, and the Academy of Motion Picture Arts and Sciences, which counts more than 6,000 actors, directors, writers and other movie tradespeople, include no overlap. Oscar Sunday is seven weeks away, and it remains to be seen whether Hollywood will still be singing the same tune when a similar crowd convenes at the Dolby Theater on Feb. 26. 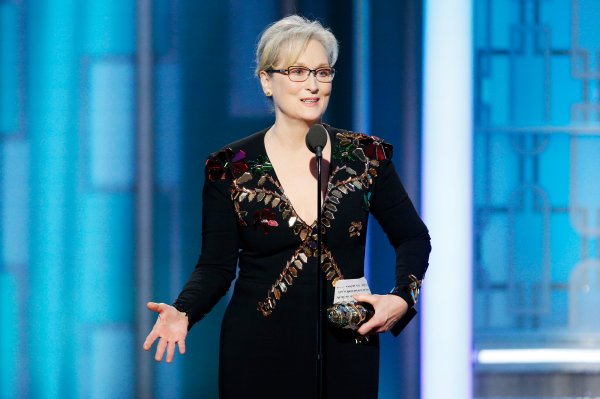