The ice shelf, known as Larsen C, will lose more than 10% of its area when the iceberg breaks off
John Sonntag—NASA
By Kate Samuelson

A giant ice shelf in West Antarctica is due to shed an iceberg of more than 5,000 sq. km, which is currently attached to the shelf by a thread of just 20km of ice.

The ice shelf, known as Larsen C, will lose more than 10% of its area when the iceberg—which has an area larger than Delaware—breaks off, utterly transforming the landscape of the Antarctic Peninsula, the BBC reports. It is predicted to be one of the 10 largest iceberg break-offs ever recorded.

The developments are being monitored by the MIDAS Project, a U.K.-based Antarctic research project investigating the effects of a warming climate on the 350m-thick Larsen C ice shelf in Antarctica. The researchers have been tracking the rift after studying the collapse of Larsen A ice shelf in 1995 and the sudden break-up of the Larsen B shelf in 2002, according to the BBC.

According to the team, recent warming caused large melt ponds to form on the shelf during summer, which are changing the structure of the ice. The effects of this on the future of the ice shelf are still unknown. 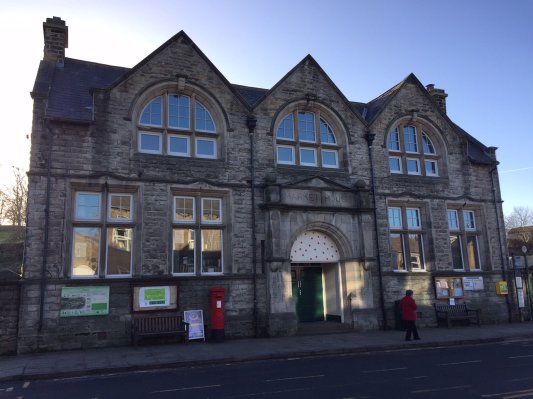 Bookshop Owner Who Charges a Browsing Fee Called 'Bookseller from Hell'
Next Up: Editor's Pick