There Is a Better Way to Help Immigrants Assimilate

Mike Gonzalez is a senior fellow at The Heritage Foundation’s Davis Institute for International Studies and the author of A Race for the Future: How Conservatives Can Break the Liberal Monopoly on Hispanic Americans.

To various industrialized societies across the West, the year 2016 called into question the validity of a decades-old experiment with multiculturalism. The coming year may determine whether that translates into a return to assimilationist policies of yore.

In Britain, a government report proposed an “integration oath” taken by prospective immigrants. In Germany, Chancellor Angela Merkel sought to ban the burqa. And in the United States, Donald Trump, a man who railed that Washington puts us “in boxes” that “separate us by race” won the presidency. Even candidates for the Democratic nomination such as Senator Bernie Sanders dared to debate what once was taboo: whether a race- and ethnicity-based analysis of inequality is superior to an economic approach. Indeed, the economic section in Sanders’ page about racial justice does not include solutions that are race-based.

They have been forced to consider goring these holiest of cows after identity politics led to ruin at the polls.

It’s too early to tell whether growing condemnation of a multicultural model that celebrates differences and denigrates assimilation will lead to action. Voters, at least, have made clear that they have had their fill with coastal culture leaders in politics, universities, the media and entertainment trying to re-engineer national identities that, mostly, grew organically over centuries.

But some are pessimistic that wide acceptance that a problem exists will translate into action, and doubt that, even if there is political will, there is time left to solve the problem. Gloomy observers such as Douglas Murray, an associate director at the Henry Jackson Society, believe that Europe has allowed in so many Islamic immigrants without demanding assimilation that the problem now is nearly unfixable. The Berlin terror attack that capped an already bloody 2016 will only reinforce the view that allowing the existence of parallel societies creates an environment in which radicals and recruiters thrive.

But the issue is greater than just security. It also involves national identity. In Europe, the conversation and the search for solutions have been mostly about how to assimilate (or for those who find that term offensive, how to integrate) a growing Muslim presence. In the U.S., there have been discussions about the smaller Muslim population, but the emphasis is primarily on immigrants from Latin America—mostly Mexico—and their children. Whereas the old giant immigrant waves—the Germans, Irish and Scandinavians in the mid-1800s, and then the Ellis Islanders from Eastern and Southern Europe, and the Middle East from the 1890s on—were “Americanized” through government action, our political and educational elites took it upon themselves to decide that would not be the case with the post-1965 wave of mostly Latin Americans and Asians. So whereas in 1898 the New York legislature passed a law “to encourage patriotic exercises” in “the school houses of the state,” and the superintendent of public schools issued a “Manual of Patriotism” for students, in 2017 the Board of Education of Montgomery County, Maryland—one of the largest in the country and boasting of students from 157 countries “speaking 138 languages”—sent an email to all parents a week before the Trump inauguration stating that “race and culture have a direct influence on teaching and learning,” and promising that students from different backgrounds would be treated differently through “culturally responsive teaching.”

Mrs. Merkel’s call for a ban on the burqa is the most controversial and the one most easily rejected by those worried (quite rightly) about freedom of religion. It will be seen as a hackneyed bid for populist appeal before next year’s election.

Harder to dismiss will be Dame Louise Casey’s recent 200-page report in the United Kingdom. It is based on more than 800 interviews conducted across Britain over several months and amounts to a blistering indictment of previous policies—or the absence thereof. In one anecdote, it found that some Muslim students are so segregated that they believe the country is 90 percent Muslim.

“As some communities have become more segregated, the increased pace of immigration has added new pressures, leaving long-standing communities struggling to adjust to the changes around them,” the report said. Yet, “too few leaders in public office have dealt with this key issue, perhaps hoping it might change or worrying about being labeled racist; or indeed fearing that they will lose the support of minority communities.”

Far from resulting in a more liberal Britain, the rush to implement multicultural policies has led to some fairly illiberal results. As Dame Casey wrote: “Too many public institutions, national and local, state and non-state, have gone so far to accommodate diversity and freedom of expression that they have ignored or even condoned regressive, divisive and harmful cultural and religious practices, for fear of being branded racist or Islamophobic.”

It is not just the fear of terrorism that is driving criticism of multiculturalism. Trevor Phillips, a progressive politician and broadcaster in the U.K., last year wrote a manifesto in which he pled for ending multiculturalism for decidedly liberal social reasons. Separate communities, he said, are “actually undermining one of the most cherished of left-wing values—social solidarity.”

Similar arguments were made here in the U.S., notably by Columbia professor Mark Lilla, another liberal, who wrote in the New York Times ten days after the presidential election that celebrating diversity may be “a splendid principle of moral pedagogy—but disastrous as a foundation for democratic politics in our ideological age.”

There does seem to be a consensus building that the solutions to the problem of balkanization would include a return the old assimilation policies of old. Dame Casey’s is the “integration oath.” Lilla’s is one that he termed liberal, but that can be embraced by conservatives as well. It is to find “a post-identity liberalism… [that] should draw from the past successes of pre-identity liberalism. Such a liberalism would concentrate on widening its base by appealing to Americans as Americans and emphasizing the issues that affect a vast majority of them. It would speak to the nation as a nation of citizens who are in this together and must help one another.”

It is a message for all Americans, including the native-born but especially for the almost 14% of us who are foreign-born (a figure closing in on historical highs, at least since these statistics have been kept). An “integration oath” may appear a blunt instrument, but it marks at least the beginning of recognition that government has a legitimate role to play in encouraging assimilation.

That is, after all, what government at all levels did do, especially when the foreign-born population reached previous highs in the 1890s and 1910s. They respected a private space, where families may have spoken the ancient language around the kitchen table, but they recognized that democratic politics requires public arguments and bargaining in one language, using the same terms. They also recognized the necessity of national values. 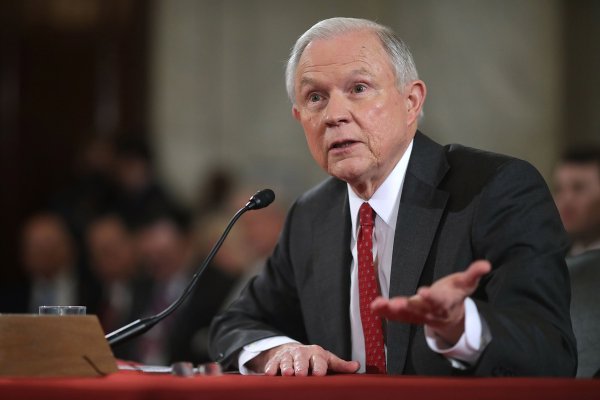