Vice President Joe Biden said Thursday that he is working to convince President-elect Donald Trump’s administration to prioritize the issue of sexual assault on campus.

“I’m no longer going to be Vice President, but I’m going to be associated with several major universities and have a significant staff,” Biden said, hinting at his post-White House plans. “I’m going to be setting up a foundation that is going to devote the rest of my life to dealing with violence against women.”

Biden made the remarks at the White House’s It’s On Us Summit, an event aimed at preventing sexual assault on college campuses.

Biden made fighting sexual assault one of the key issues of his vice presidency, speaking out for victims and calling on universities to be more responsive. It’s not yet clear how Trump’s administration will approach the issue, but the president-elect’s comments about groping women and the accusations against him of sexual assault have caused concern among advocates for victims.

“I’ve never felt this momentum before,” Biden said Thursday. “I hope and pray—and I’m making no judgment, I mean this sincerely, I’m not sure what the next administration will do—I pray they will continue to make it a priority, as Barack and I have. But whether they do or not, we can do so much of this as private citizens.” 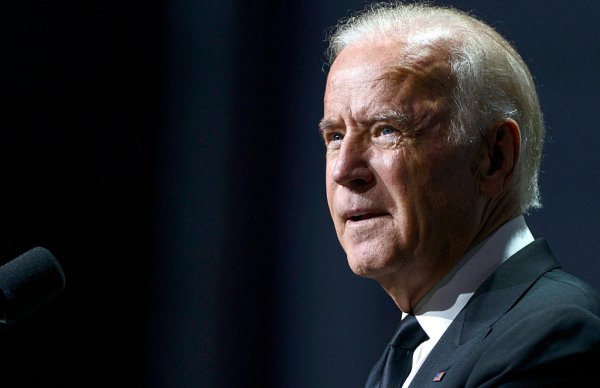 Joe Biden to Donald Trump: 'Grow Up. Time to Be an Adult'
Next Up: Editor's Pick