Starbucks' Sweet New Drink Will Teach You What Cascara Means

Courtesy of Starbucks
By Megan Lasher

Starbucks’s 2017 resolution seems pretty similar to ours: Use less gluten, make more portable meals and experiment with trendy food methods. Their first new products of the year — the Cascara Latte and Sous Vide egg bites — do just this.

Made from the parts of coffee that are normally discarded when brewing regular lattes, the limited edition Cascara is naturally (but lightly) sweetened. To be more specific, the drink is flavored with the coffee cherries that grow on trees and usually house the coffee bean that is ultimately roasted to create your favorite brews. (Cascara literally means “husk” or “shell” in Spanish.) The taste is the happy medium between strong, black coffee and the sugary, calorie-heavy drinks we’re trying to swear off in 2017. It hits stores for Rewards members on Friday and will be available nationwide on Tuesday, Jan. 10. Starbucks will also be bringing back the Smoked Butterscotch Latte, which will be available nationwide on Friday. Sadly, I did not get to taste this treat, but an announcement from the brand described the drink as a mix of “espresso with steamed milk and smoked butterscotch sauce.”

Accompanying the Cascara is Starbucks’ newest venture into the breakfast world: Egg bites without bread. A representative for Starbucks said that the bites were inspired by gluten free customers who would peel the bread off of their sandwiches. The company wanted to provide a protein-heavy, cheesy solution that you can still eat with your hands so they turned to sous vide cooking — a culinary technique that cooks vacuum sealed food in temperature-controlled water. The final product comes in an egg white and veggie version as well as a gruyere and bacon option. The result had less texture than our typical BEC sandwich, but was definitely something we would buy now and then to give off the air of being healthy. These will be available on Jan 10, and cost $4.45 per pair.

CORRECTION: An earlier version of this article misstated when Starbucks’ Smoked Butterscotch Latte launched. It launched in 2016, and returns Jan. 6 to stores nationwide. 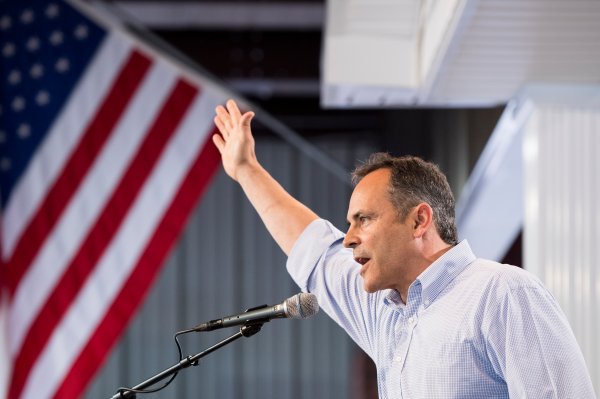 Kentucky Lawmakers Are Pushing to Ban Abortion After 20-Weeks
Next Up: Editor's Pick