Supporters have donated thousands of dollars to help a mentally disabled Chicago teenager who was seen on disturbing Facebook Live video being beaten and taunted while tied up.

Hundreds of people as of Thursday evening have given more than $16,000 to go toward the unidentified young man who was bloody, bound and gagged while his attackers menaced him, sliced up his clothing with a knife, forced him to drink from a toilet, repeatedly called him out for being white and invoked the name of President-elect Donald Trump.

“For those of you that have seen the horrific torture and trauma recently inflicted on a young man in Chicago, it is not something you will soon forget,” Razor Sheldon, who is organizing the fundraiser from California, wrote on the page. “The perpetrators have been apprehended and hopefully swift justice will be served. But let’s take an opportunity now to show this young man and his family some financial support during this difficult time of recovery and let him know there are many out there that are here for him.”

It wasn’t immediately clear Thursday when or whether the funds would reach the family. Both Sheldon and GoFundMe were trying to contact the victim’s family to ensure they’d receive the money.

The 18-year-old victim has not yet been publicly identified. Police said he goes to school with of one of the attackers and went with that person voluntarily at first.

The suspects—Jordan Hill, 18, Tesfaye Cooper, 18, Brittany Covington, 18, and Tanishia Covington, 24—were charged Thursday with multiple crimes, including hate crime, aggravated kidnapping, robbery and aggravated battery with a deadly weapon. They are set to appear in bond court Friday, prosecutors said. 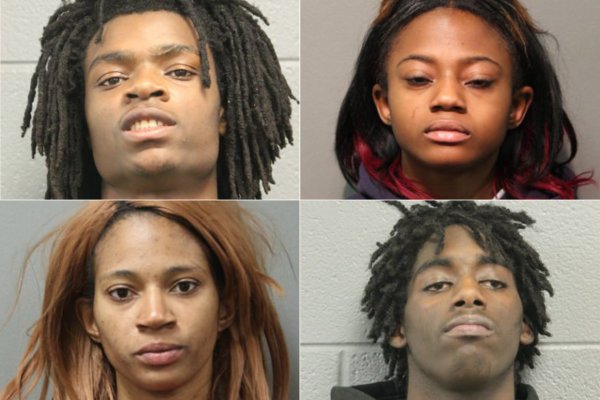 Hate Charges in Facebook Live Attack
Next Up: Editor's Pick