Being a doula is not traditionally a profitable profession. Not to be confused with midwives, doulas (the name being a Greek word for “women’s servant“) provide non-medical support to mothers and their partners before, during and after a birth. It’s a service that has become increasingly popular over the last couple of decades.

Partly due to a belief that doula care should be accessible to everyone, which often leads organizations to encourage doulas to volunteer and subsidize their work for poorer families, as well as the fact that the profession isn’t regulated, working as a doula has long been big on reward but low on pay. However, one woman is working to change that.

Randy Patterson, 49, launched ProDoula, a doula training program, three-and-a-half years ago. The service, which helps doulas turn “their passion into a paycheck,” is the fastest-growing doula certification company in the country, said Patterson, in an interview with Buzzfeed.

According to ProDoula’s website, the organization’s mission is to “elevate the role of doulas to a professional level in the eyes of expectant parents, medical professionals, and doulas themselves, while at the same time providing people of all demographics a rewarding career opportunity.”

“ProDoula is more than a certification organization. It’s everything I have ever stood for as a woman,” Patterson told the news site.

Buzzfeed reports that before one doula qualified with ProDoula (which cost $1,025 for the first training), she charged $250 or less per birth, but now earns around $1,200 per birth, with additional money when a labor is longer than expected.

“The message previously was: Work yourself out of a job,” Patterson, whose company was said to have made $1.25 million in 2016, told Buzzfeed. “My message is: Well, that’s f**king retarded.” 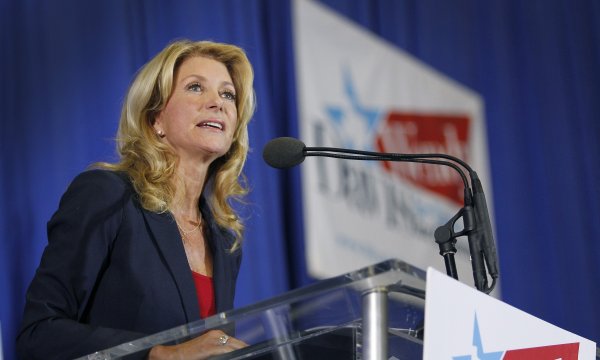 Wendy Davis Says Not to Let Post-Election Blues Ruin Your 2017
Next Up: Editor's Pick