The U.S. could become a net energy exporter by 2026 as crude oil and natural gas production continues to increase in the country, according to a new report.

The landmark achievement—often referred to as “energy independence” by politicians—means the U.S. would export more energy resources like crude oil than it imports. The Energy Information Administration (EIA) report evaluates a number of factors that might affect the U.S. energy industry including the pace of technological growth, the level of economic growth and oil and gas prices. In some cases, like fast-paced technology development, net exports would grow dramatically. In other cases, like low oil prices, net imports would expand. The reference case, which assumes current regulations remain intact and trends continue, shows the U.S. exporting slightly more energy than it imports.

“Yes, the U.S. could be completely, I think the phrase used at one time was energy independent,” said EIA Administrator Adam Sieminski in a press conference announcing the report.

The surge in U.S. energy production is largely due to increased access to U.S. oil and gas reserves thanks to new technology like fracking that has made previously inaccessible areas relatively easy to develop.

Politicians on both sides of the aisle have long-hailed “energy independence”—including President-elect Donald Trump—as a key aim of a strong energy policy. But economists and policymakers have debated the value of the term arguing that relying solely on U.S. energy resources would be unwise. Instead, some experts argue that the country pursue policies that ensure energy security. 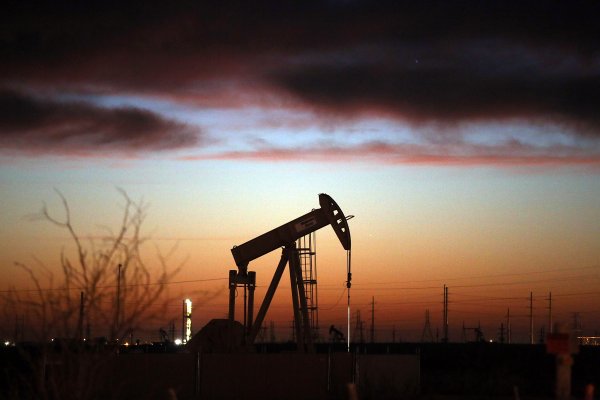 Oil Industry Fears Trump May Hit Them Up
Next Up: Editor's Pick