Two Stars That Lived—and Shone—Orbiting Each Other

Debbie Reynolds was a great broad with the face of a cutie-pie. You might not know that just from watching Singin’ in the Rain (1952) or The Unsinkable Molly Brown (1964). Reynolds was often cast in roles that capitalized on her cherublike adorability, her button-nosed brightness, her wind-up energy, all fine qualities in a performer. But as a human being–revealed in interviews and three memoirs–Reynolds never came off as naive. She was many things–actor, singer, comedian, mother–but never a pushover.

Reynolds died at age 84 on Dec. 28, the day after her daughter Carrie Fisher, another great broad, actor and writer, died at 60. Their mother-daughter story is like no other: Fisher grew up in Reynolds’ larger-than-life shadow, partly dazzled by her mother’s glamour and verve and partly feeling lost amid the glitter. She built her own acting career, appearing, at age 18, in Hal Ashby’s Shampoo, playing a flirty, deadpan tomboy rich girl. She’s impetuous, calculating, extraordinary–it’s the kind of debut that promises great things. Her next role was that of the radiant, wisecracking Princess Leia in the 1977 Star Wars: Episode IV–A New Hope. Though the medieval-Cinnabon hairdo has always been a target for jokes, the astonishing thing is how well Fisher carried it. She was the diva of the grandest space opera, after all.

There was much more to Fisher than Leia: she was also a prolific and piercingly funny writer. Across seven books, she mapped her battles with mental illness and substance abuse, as well as career disappointments, without a shred of self-pity. If Fisher was her own greatest subject, her mother was a close second. Reynolds, who had moved with her family from El Paso, Texas, to California at 7, was discovered in 1948 at age 16 when she won the title of Miss Burbank. If the ensuing contract with Warner Bros. was the stuff of Hollywood dreams, Reynolds later suffered Hollywood scandal too.

In 1958 Eddie Fisher, her husband of three years–and the father of Carrie and brother Todd–left her for Elizabeth Taylor. Reynolds, Fisher, Taylor and Mike Todd, Taylor’s husband until his death in a plane crash in 1958, had been close friends. Reynolds was much tougher than most people would have assumed at the time. In 2011 she and Carrie Fisher gave an interview to Oprah Winfrey, and by that time Reynolds had spun pain into comedy: At one point, Reynolds needed to reach her philandering husband. When she got no answer at his New York hotel, she rang up Taylor’s room, and he answered. When Reynolds heard Taylor in the background asking who was on the line, she said to her husband–with implied exasperation more than anger–“Would you just roll over and put Elizabeth on the phone?”

That story tells you something about the complicated and funny person Reynolds must have been, traits she passed on to her daughter. It’s easy to see how their similarities could result in stress cracks. Fisher’s one-woman show, Wishful Drinking–which she later adapted into a wry 2008 memoir–is like a guided tour through Reynolds’ life, narrated by a daughter who sometimes found her mother tremendously trying (the two barely spoke for roughly 10 years, when Fisher was in her 20s) but who was also intensely sympathetic. In the show, Fisher told the story of her mother’s several failed marriages not just from the point of view of the abandoned daughter, but from the adult position of recognizing exactly how much her mother had suffered–and how resolutely she picked up the pieces. Reynolds’ career began to fade after 40, but there were still highs to come, like her co-starring role in Albert Brooks’ 1996 comedy Mother. And in 2001, Reynolds made a TV movie co-written by Fisher and called, fittingly, These Old Broads. (Taylor also starred.)

Fisher knew better than anyone how Reynolds’ roles of mother and performer were intertwined in a kind of unbreakable wholeness. Fisher once described how her mother’s closet was organized with pants and comfortable shoes–mom clothes–at one end and glamorous gowns and dresses at the other: “She’d go in on this end as my mom and come out the other end as Debbie Reynolds.” People often talk about drawing strength and inspiration from their parents, which Fisher obviously did. But Fisher was a constant in her mother’s life as well. According to Todd Fisher, Reynolds was planning her daughter’s funeral when she suffered a stroke. She died a few hours later. It’s hard not to read Reynolds’ timing as the ultimate expression of grief. Her rock was gone. 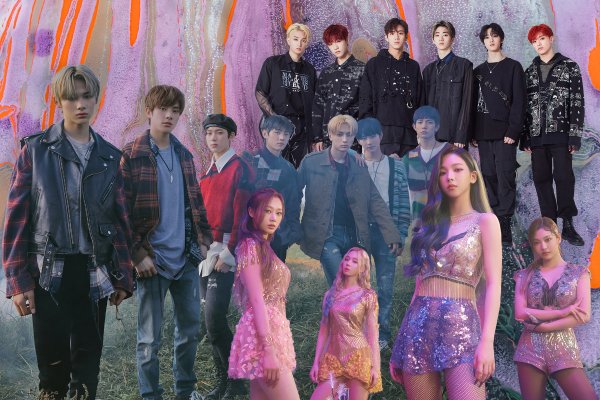