When Less Plot Is Actually More

After writing seven novels and three works of nonfiction, acclaimed British author Rachel Cusk began to find fiction “fake and embarrassing.” Two years ago, she explained to a British newspaper, “Once you have suffered sufficiently, the idea of making up John and Jane and having them do things together seems utterly ridiculous.”

No surprise, then, that her 2014 novel Outline was anything but plot-driven. It was more like a series of observations by a narrator as she traveled to Greece to teach writing. The people she met along the way essentially became the subjects of miniature profiles crafted through dialogue. The novel was widely applauded for its elegance and realism. Cusk plans to make the work a trilogy, the second installment of which, Transit, will be out in the U.S. on Jan. 17.

This time narrator Faye is back in London, getting her shabby flat renovated and again gauging different worldviews through personal interactions with those around her: her contractors, her friends, her dates and her students. While these characters emerge as full portraits on the page, the narrator–whose name is mentioned only once at the end of each book–is more of an outline. Her lines of conversation often go missing in the text, leaving readers to infer what she’s said and meant via her companions’ responses. Yet as the nonstory progresses, Faye’s passivity begins to crumble. By the end, she admits that she has “started to desire power because what I now realized was that other people had had it all along, that what I called fate was merely the reverberation of their will.”

Cusk depicts the process of self-determination–by her narrator as well as the novel’s other characters–with both skepticism and curiosity. She skewers London’s gentrifying pubs, where efforts to make the design look old and authentic make them all look alike. Yet she allows that seemingly superficial choices can emerge from a meaningful place, as when one character determines to better himself by replacing his grilled-cheese lunches with smoked duck. “What kind of world is it,” he says, “where comfort can be found in a mass-produced sandwich? What kind of person am I, that that’s what I think I deserve?”

Faye’s own period of self-adjustment is not at all superficial. Her marriage ended shortly before the first book begins, and in both volumes she spends a short time apart from her children. It would be dismissive to describe the crux of this series as a midlife crisis–the prose is too enchanting, the insights too sophisticated–but tectonic shifts are surely under way. It seems that in the next book, Faye will be ready to confront herself critically and change her life. “We are so schooled in the doctrine of self-acceptance,” explains one character, “that the idea of refusing to accept yourself becomes quite radical.”

Cusk’s perspective on the human condition provokes and bewitches. To those who appreciate books where not much happens, the end of Transit will feel like an existential cliffhanger. Perhaps in the third volume, the outline will finally be filled in. 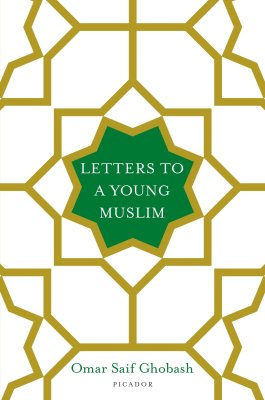 My Muslim Sons Will Never Learn to Hate People
Next Up: Editor's Pick