'She Was the Person I Prayed For': Families of Charleston Shooting Victims Speak in Court

Families of the victims of the Charleston church shooting gave emotional and raw testimony Wednesday during the death penalty trial for convicted shooter Dylann Roof.

Jennifer Pinckney, widow of pastor and state Sen. Clementa Pinckney who was killed in the June 2015 mass shooting, was the first witness called to the stand. Prosecutors plan to call approximately 38 people related to the nine victims and shooting survivors.

Pinckney, who spent more than two hours on the stand, described the night of the shooting, saying she and her 6-year-old daughter, Malana, were in her husband’s office when she heard gunfire. She shoved Malana under a desk and placed her hand over her mouth. Eventually, she was able to call 911.

Pinckney said she and her daughter were spared so she could continue her husband’s legacy.

“It wasn’t my time or my daughter’s time,” she said. “I don’t see God taking both parents away from two small kids.”

Telling her daughters that their father had been killed was the “hardest thing” she’d ever done, she said.

“That’s the hardest thing that I think I’ve ever had to do,” she said. “To tell a six-year-old and an eleven-year-old that their daddy was killed.”

Anthony Thompson, widower of shooting victim Myra Thompson, took the stand on Wednesday afternoon and cried while talking about his late wife. He “lost it” when he found out about her death, he said.

“I literally did not know what to do, because everything I did was for her,” he said. “And now, she’s gone.”

Thompson said the day he married Myra was the best day of his life.

“She was the person I prayed for,” he said. “I just couldn’t imagine she would want to marry me.”

Friends and associates of Clementa Pinckney also spoke on Wednesday, sharing that the pastor was a masterful speaker and ambitious. 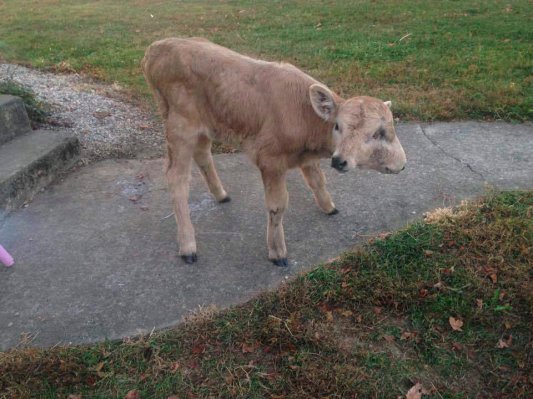 Two-Headed Calf Called 'Lucky' Dies After 108 Days of Life
Next Up: Editor's Pick