The Rise of the All-Female Work Spaces

A new female-only members club has become a focal point for the dialogue around the need for spaces where men need not apply. As profiled in Bloomberg, the Wing is one of the more high-profile examples of the new demand for all-women workspaces.

The value of such spaces has been gaining traction lately, whether in the form of capitalizing on the sense of safety in beauty salons to connect domestic violence survivors to the resources they need or slightly more divisive ideas like a place to eat wings away from the male gaze.

Kidding – the Wing is actually more of a social club with amenities like a lactation room and “makeup on demand,” co-founded last October by 29-year-old Audrey Gelman.

“He’s basically the only man that comes through here,” Gelman said of a passing AV guy.

As Bloomberg noted, there’s a new wave of similar venues popping up all over the place, including SheWorks Collective and New Women Space in New York City, Hera Hub in Phoenix, Southern California, Washington, D.C. and Stockholm, plus the forthcoming Rise Collaborative in St. Louis. Male-dominated spaces can cause women measurably increased stress, and that’s what the Wing and others are looking to relieve.

“Women are craving community, connection, and confidence, and that’s what we’re going to give them,” Rise Collaborative founder Stacy Taubman told. Bloomberg.

Social clubs are not a relatively new idea, but women-only ones – on this kind of scale – are. At $1,950 for an annual membership (or $185 per month) with a $100 registration fee – none of which includes the amenities – the Wing is cheaper than some other co-working spaces like WeWork ($220 per month). Still, the demographic skews toward wealthy, successful millennials (a third of the Wing’s members are from Brooklyn) and has something of an air of refinement and exclusion – not just gender-based – about its aesthetic. When the Bloomberg writer asked if the Wing would grant scholarships, Gelman replied “I don’t think the [male] CEO of WeWork is being asked if he’s giving out scholarships,” the various cultural implications of which we’re not even going to attempt to parse here.

What’s much more clear is that the Wing and its peers are becoming increasingly visible – and profitable. Membership has doubled since Gelman opened up shop. 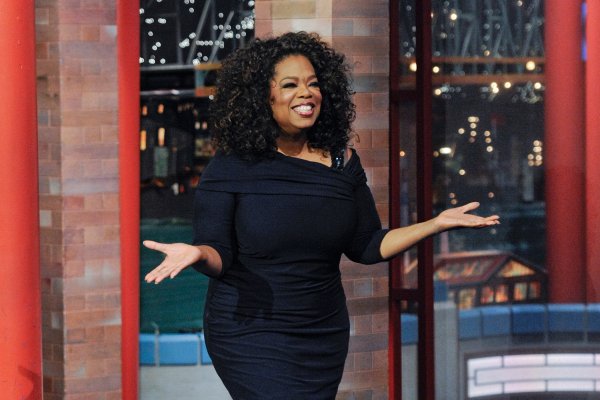 Oprah Winfrey Doesn’t Care How Much She Weighs
Next Up: Editor's Pick