Instead of Pitying American Muslims, Work With Them

Amani Ramouni, 27, leaves the International Islamic Academy with her son Shadi, 3, in Detroit on November 9, 2016.
NOVA SAFO/AFP/Getty Images
Ideas
By John Robbins
Dr. Robbins is the Executive Director of the Council on American-Islamic Relations - Massachusetts.

Dr. Robbins is the Executive Director of the Council on American-Islamic Relations – Massachusetts.

In the weeks since the election, the American Muslim community has seen a massive outpouring of support. As a community advocate, I’ve personally received hundreds of e-mails and calls from people asking how they can help, and letting me know that they’re with us and will do everything that they can to aid us during this time. People across the political, religious and political spectrums have reached out to their Muslim neighbors like never before and have offered to aid us in any way needed.

But the tone, the tenor, of these messages of support concerns me.

Don’t get me wrong: I’m extremely moved and grateful for this outpouring. But in the rush of people lining up to help the American Muslim community, many are motivated by an urge to protect those who are weaker, those who can’t help themselves.

Right now, Muslims in America are pitied. And an object of pity is not respected, valued or recognized as having strength.

Too often, the giver of aid is positioned above the receiver, so that the movement of anything of value is purely a one-directional interchange between those who have and those who don’t. When we accept this support (and I’m not saying we shouldn’t), it reinforces the idea that Muslims are in need, and that the wider—usually white—community has something to offer, but doesn’t need anything in return.

In assuming that Muslims deserve pity, allies can inadvertently create and reinforce the same inequality that has for too long consigned minorities to second-class status in America. Pity limits Muslims to being aid recipients, not a group that has something valuable to contribute. In contrast, respect recognizes their capacity to bring something to the table as well, to meaningfully provide for themselves and others.

Pity limits the giver, too. It blinds those who want to help Muslim communities to what they can learn and gain from the exchange. By being open to a two-way connection, an ally’s life will be much richer.

Of course, it’s always incumbent on those in positions of privilege to work to tackle those structures of oppression that have historically ensnared minorities. But if the Muslim community is truly going to see lasting improvement, we need to move from objects of pity to sources of respect.

And here’s the true problem: Right now, in the heat of the moment and when emotions are running high, we’re experiencing an outpouring of support. But with time, people may become concerned about other issues, or forget that passion entirely. Well-meaning allies may be sincerely committed to helping the Muslim community now, but in months or years, the vigor that fueled their commitment may die down. Pity fades, but respect endures.

If we are going to sincerely tackle the power imbalance in this equation, allies will need to use their genuinely well-intentioned desire to support the Muslim community to create lasting self-sufficiency that will transcend the current political moment.

Here are some specific steps that can be taken during these times to chart that path ahead:

Genuine engagement with minority communities can take many forms, but it’s crucial that we take advantage of the current influx of support to strengthen these links for the long term. We can use this moment of challenge as an opportunity, but only if we act in sustainable ways that build up respect, not pity. 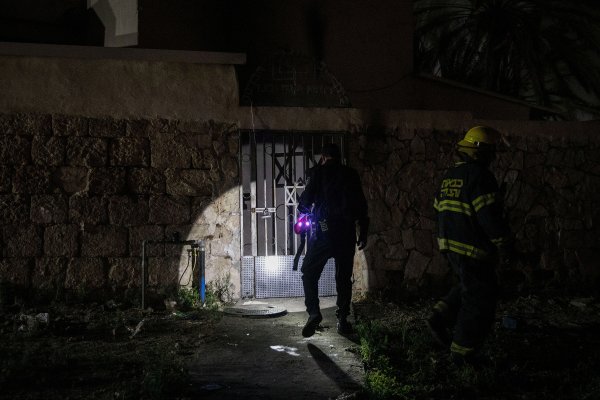 Israel Is Bleeding. Here's How We Restore Peace
Next Up: Editor's Pick