How American Colleges Became Bastions of Sex, Booze and Entitlement

W.W. Norton
Ideas
By Lisa Wade
Wade is an associate professor of sociology at Occidental College and the author of American Hookup: The New Culture of Sex on Campus.

It’s taken for granted today that college is supposed to be fun and that sex is part of why. “The best years of your life,” is how another student put it. “Fun takes priority over sleep and rest,” she insisted, forgetting to mention studying altogether. It’s an odd way to think about an institution dedicated to occupational training, if you think about.

How did college become fun? And how did casual sex, of all things, become synonymous with enjoying one’s higher education? To really understand, we have to go back, back three hundred years at least, to when college was not fun at all.

During the colonial era in the U.S., college was, as one historian described it, a “veritable straitjacket of petty rules.” Essentially every detail of students’ lives was controlled: how they kept their room, how they dressed and wore their hair, what they could do, when and what they ate, where they could go and when. There were substantial penalties for deviance and they came swiftly.

At the time, most students were relatively humble middle-class men studying to be ministers like their professors. They were generally obedient, but as the eighteenth century came to a close, colleges were increasingly filled with wealthy sons of elite families. These young men weren’t as interested in higher education as they were in a diploma that would ratify their families’ hoarding of wealth and power. Predictably, they had a much lower tolerance for submission.

As a result, higher education became a battleground. Between the mid-1700s and the mid-1800s, there were student protests and uprisings at every school in New England and most of those in the South, with students objecting to everything from the quality of the food to the rigidity of schedules to the content of the curriculum. They sang, yelled, and blew horns late into the night to torture their sleeping professors. They set fire to school buildings, smoked faculty out of their offices, and rolled flaming tar barrels across campus. At Yale students detonated a bomb, occupied buildings, and drove back a local militia. People got killed in campus riots. Somebody lost an eye.

Expulsions were common. After one riot at Harvard, 62 percent of the graduating class was expelled. Princeton once expelled more than half its student body. In an effort to make the punishment as powerful a deterrent as possible, college presidents agreed among themselves not to admit students who had been kicked out of other institutions. There was one lone exception: Eliphalet Nott, the president of Union College in Schenectady, New York. Defying the consensus, Nott took in the errant sons of the other colleges, which may be one reason why, in the year 1825, Union College became home to one of the biggest rebellions of all: Kappa Alpha, the first social fraternity.

Greek life is thoroughly embedded in higher education today, but at first the two were at odds. The men who started fraternities did so specifically to cultivate values that their professors opposed. They rejected the religious values held by their pious professors and lauded the skills they believed would be useful for winning in this life, not the next. Instead of humility, equality, and morality, fraternities promoted status, exclusion, and indulgence. At a time when the declaration that “all men are created equal” was still freshly penned—however imperfectly it was applied—fraternity men lauded hierarchy. They used their clubs to isolate themselves from and claim superiority over “blue skins,” their slur for their middle-class peers. Their attitude was summed up by one nineteenth-century Virginian. “I am an aristocrat,” he said. “I love liberty; I hate equality.” Fraternities, with their rules about who could and couldn’t join, seemed decidedly undemocratic, even unAmerican.

Infused with a rebelliousness that was their birthright, fraternities incubated a lifestyle that revolved around recklessness and irresponsibility. Members encouraged one another to neglect their studies and mocked those who were earnest about getting an education, disparagingly calling academically hardworking students “digs” and “grinds.” Nicholas Syrett, the scholar who penned the definitive history of white fraternities, wrote that by the early 1900s it was “glaringly obvious” that, “for the most part, fraternity men did not study much, dedicating themselves instead to extracurricular activities, camaraderie, athletics, and having fun.”

To these preoccupations, fraternities would eventually add sexual conquest. Before the 1900s, fraternity men had sex mostly with prostitutes, poor women, and women they enslaved. Early fraternity men enjoyed these activities—“I did get one of the nicest pieces of ass some day or two ago,” wrote one brother to another in 1857—but it wasn’t a game. The women they had sex with weren’t their social equals, so they had little power to negotiate sexual terms. Since men needed no skill to get access to the women’s bodies, there was little basis for masculine rivalry.

By 1930, though, women made up 40 percent of the national collegiate population and college was becoming a place where young men and women of the same class mingled relatively unsupervised. This changed the way fraternity men thought about sex. Once recreational, it became increasingly competitive. Extracting sexual favors from women who weren’t supposed to give them out became a primary way that frat boys earned the respect and admiration of their brothers.

Partly in response, the criteria for membership shifted to reflect the social and sexual functions of fraternity life as much as its economic elitism. As a dean at Princeton put it in 1931, frats still preferred to pledge rich men, but they mostly just wanted members who weren’t “personally unattractive” or, in the parlance of the time, “wet”: “The question of family will enter in only if he wishes to make the most exclusively snobbish upper-crust fraternities or clubs,” the dean wrote, “and even there family cannot prevail over ‘wetness.’”

The modern frat boy was born.

By this time popular interest in college life had reached a fever pitch and the fraternity man was at the center of the story. His way of doing college was so frequently depicted, so relentlessly glamorized, and so ceaselessly centered, that it had become impossible to imagine college without him. And, rather quickly—and here is where his story meets the stories of so many college students in America today—his way of doing college became the way of doing college.

For a while, college administrators continued to try to control students, employing curfews, adult residence hall monitors, punishments for drinking and sexual activity, and other rules and practices meant to protect students from themselves. Rules were especially strict for women. Eventually, the baby boomers put an end to that control. Chafing under the restrictions on their freedom, they demanded to be regarded as the legal adults they were, and they got their wish.

When Animal House was released in 1978, the alcohol industry saw an opportunity and aggressively ramped up marketing on campus. They started advertising in school newspapers, erecting massive inflatable beer cans at sporting events, promoting drink specials at nearby bars and clubs, and hiring students as representatives of their brands to give beer away for free. They spent millions in the 1980s to convince students that “it’s naturally part of college life to drink.”

Between the vision of college life promulgated by the alcohol industry and the founding of Kappa Alpha more than 150 years before, college life had steadily transformed. Nothing emerged to stop or slow the march toward more and more fun, until 1984. That year the U.S. government initiated an effort to reduce highway deaths, informing states that it would cut their transportation budget allocation if they didn’t raise the legal drinking age from eighteen to twenty-one. By 1987, all states had complied and campuses were held accountable for policing underage drinking in residence halls.

Still, collegiate life was far too drenched in drink to be derailed by such a little thing. College drinking didn’t slow down during Prohibition, and it didn’t slow down in the 1980s. The new drinking age succeeded only in driving much of the drinking off-campus. Today, if students want to party—and they do—they’re probably going to do it in rented houses, bars and clubs, sorority functions at local businesses, stadium parking lots, or fraternities.

In some ways, residential colleges today aren’t that different from the colonial colleges of the 1700s. They still coordinate groups of young people, organizing their lives in sometimes rigid ways. Many colleges are, in other words, still “total institutions,” planned entities that collect large numbers of like individuals, cut them off from the wider society, and provide for all their needs. 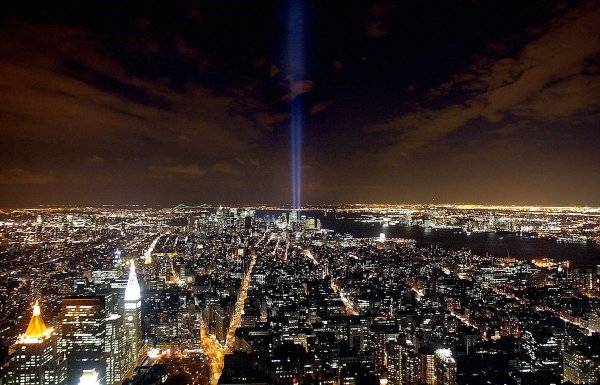 Americans Rank These 10 Historic Events as Most Important in Their Lifetimes
Next Up: Editor's Pick