Stefano Gabbana, one half of iconic Italian brand Dolce & Gabbana, posted a photo on Instagram of Trump wearing one of Dolce & Gabbana’s designs to the Trump’s New Year’s Party at their Mar-a-Lago resort. Trump appeared to be wearing the brand’s Bejeweled Stretch Wool Sheath Dress, which sells for $2,995 at Nordstrom. “Melania Trump #DGwoman thank you #madeinitaly,” Gabbana captioned the post.

Gabbana received backlash for his Instagram post, with many commentators criticizing the designer for praising Trump. According to the Telegraph, Gabbana began striking back at commentators, writing to one: “please you dont buy anymore my fashion please!!! I dont need a ignorant costumer!!!” Gabbana also wrote that he just saw it has one dress and not a political statement, according to the Telegraph.

Dolce & Gabbana did not immediately respond to Motto’s inquiry about whether the brand had a hand in dressing Trump for the event and whether the brand would be interested in dressing Trump in the future. The brand also did not acknowledge Trump’s dress on its own social media pages. But Gabbana’s Instagram post is interesting given how divisive the incoming first lady has been in the fashion world.

During the campaign, Trump often wore clothes bought off the rack, according to the New York Times, instead of having clothes custom-made. Since Donald Trump’s victory, a number of designers, including Sophie Theallet, Tom Ford and Marc Jacobs, have said that they’ll refrain from dressing the new first lady, breaking a longstanding tradition. But others, like Tommy Hilfiger, Diane von Fustenberg and Carolina Herrera, said that they’d be proud to dress the first lady. 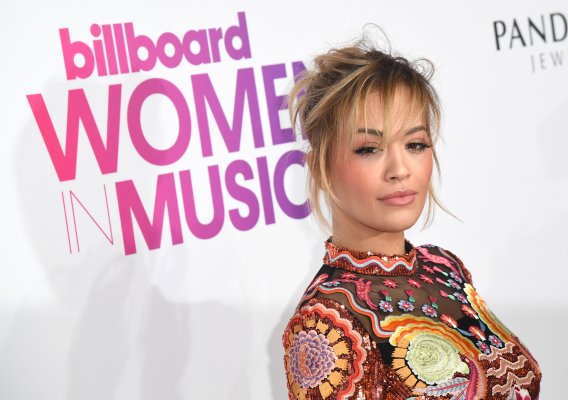 Rita Ora Says She Isn't Confident About Her Body
Next Up: Editor's Pick