Wikileaks founder Julian Assange speaks from the balcony of the Ecuadorian embassy on Feb. 5, 2016 in London, England.
Carl Court—Getty Images
By Melissa Chan

A technology-savvy teenager could have easily hacked into the emails of the Democratic National Committee and Hillary Clinton’s campaign chairman John Podesta, according to WikiLeaks founder Julian Assange, who cited a handful of ways Podesta allegedly failed to safeguard his emails.

In an interview with Fox News that aired Tuesday, Assange repeated his claim that Russia was not behind the email hack that plagued the 2016 U.S. presidential election and suggested it would have been easy to break into Podesta’s emails.

“We published several … emails which show Podesta responding to a phishing email,” Assange said. “Podesta gave out that his password was the word ‘password.’ His own staff said this email that you’ve received, this is totally legitimate. So, this is something … a 14-year-old kid could have hacked Podesta that way.”

Assange also said he was completely sure the emails did not come from Russia, despite information from U.S. intelligence officials that says Russian purposely interfered with the presidential election. The WikiLeaks founder said his source is neither the Russian government or a state party.

President-elect Donald Trump quoted Assange’s teenager claim in a tweet and called the DNC “so careless.” 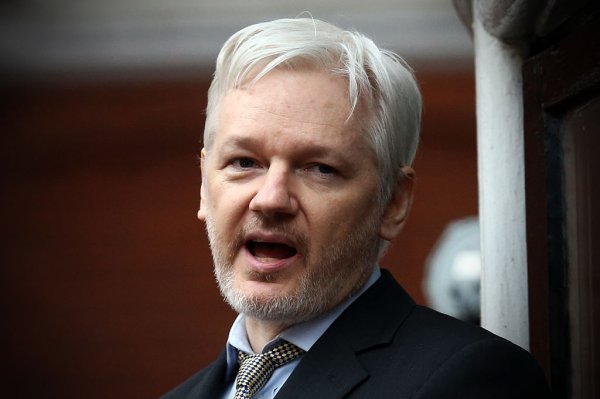