The morning after losing to Donald Trump in the general Presidential election, Hillary Clinton speaks to supporters and campaign staff at The New Yorker Hotel in midtown Manhattan, New York on Nov. 9, 2016.
Melina Mara—The Washington Post/Getty Images
By Mahita Gajanan

Hillary and Bill Clinton will attend Donald Trump’s inauguration, aides to the former Democratic nominee and president confirmed on Tuesday.

The news comes as former President George W. Bush confirmed he would attend the Jan. 20 inauguration with his wife Laura Bush.

“They are pleased to be able to witness the peaceful transfer of power—a hallmark of American democracy—and swearing in of President Trump and Vice President [Mike] Pence,” Bush’s office said in a statement.

Prior to Tuesday, Jimmy Carter was the only former president who said he would attend the inauguration. Former President George H.W. Bush has said he will not attend Trump’s inauguration, citing his health and age (he is 92). 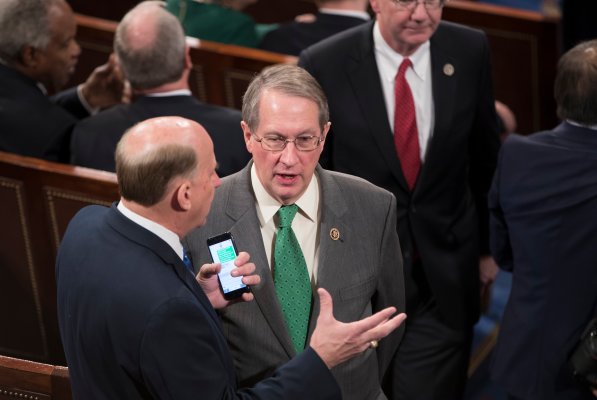