Reality TV’s media mogul Kim Kardashian West has stayed well away from the spotlight since suffering a October gunpoint robbery in Paris, but a new video posted Monday to her YouTube account and official app shares one of the reality star’s most personal accounts yet of family life with husband Kanye and kids North and Saint.

The raw home footage shows a more unfiltered version of Kardashian reality: of her kids taking some of their first steps, of Kim meeting Kanye backstage during a concert, of North helping to clean up some of Saint’s spit-up. For a woman known for her never-ending glam, there’s a surprisingly down-to-earth tone to the clips, which include plenty of shots of Kanye doting on his children. Kim stirs a pot on the stove, she uses an iPad, she wears sweat pants, but with heels, of course.

Set to the sweet strains of Jeremih’s “Paradise,” the takeaway message here is that this family has love, despite the rapper’s recent spate of controversies. As to whether or not this foreshadows Kim’s return to social media and the spotlight more broadly? For now, that remains a mystery. 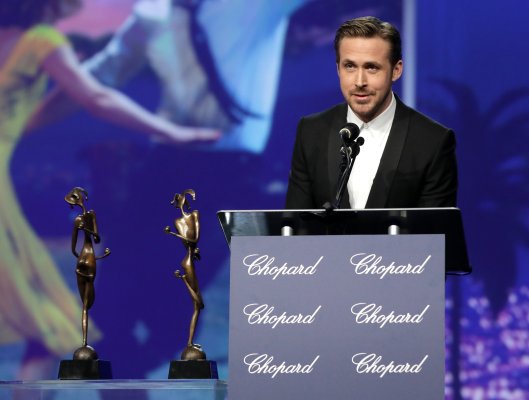 Ryan Reynolds Was Inspired by the Late Debbie Reynolds
Next Up: Editor's Pick