The Radio City Rockettes have been at the heart of an unlikely political drama after officials confirmed that the dance troupe would be performing at the inauguration of President-elect Donald Trump. The announcement caused dissent among some of the dancers who voiced concerns.

Now, MarieClaire.com reports on a meeting between Madison Square Garden executive chairman James Dolan and the precision dancers in the wake of continuing unrest among some of the ensemble.

UPDATE: In a statement later, Madison Square Garden spokesman Barry Watkins said Dolan stands behind what he said during the meeting, but took issue with the comments being reported. He said a recording of the meeting was made and shared without authorization.

“I find it a little ironic—I get all of these emails, too, from people saying, ‘Don’t perform for this hateful person,’” Dolan said at the meeting held on Dec. 27, “And then they proceed to spew out this diatribe of hate.” Dolan then urged the dancers to be more tolerant of different opinions.

One dancer’s reaction: “It just sounds like you’re asking us to be tolerant of intolerance.”

“Yeah, in a way, I guess we are doing that,” Dolan said in response. “What other choices do we have? What else would you suggest?”

Dolan did clarify that performing at the inauguration was not a symbol of support for the president elect. “I would simply say, we’re celebrating a new president, not necessarily this president,” he said.

“This is a great national event,” Dolan added, according to MarieClaire.com. “We are an American brand, and I think it’s very appropriate that the Rockettes dance in the inaugural and 4th of July and our country’s great historical moments.” If the Rockettes are invited to perform at the national 4th of July celebration, there will be no room for opting out for political reasons. “This is the one time we’re going to do this,” Dolan said regarding the Rockettes ability to decline to perform at the inauguration. “We’re not going to do it again.”

Read the full story at MarieClaire.com 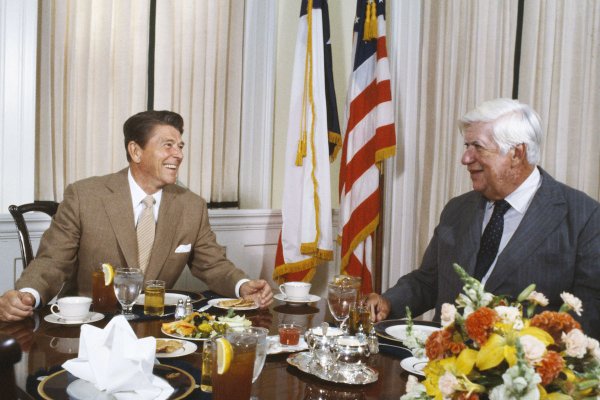 6 Presidents Who Gained Support From Opposition Leaders
Next Up: Editor's Pick