The Pentagon warned Sunday that North Korea would face serious consequences if it makes good on its most recent threat of testing an intercontinental ballistic missile (ICBM).

Agence France-Presse (AFP) reports that the strongly worded rebuke was issued just hours after North Korean leader Kim Jong Un announced that the country would soon be able to test a missile capable of reaching the U.S.

The Pentagon urged North Korea to “refrain from provocative actions and inflammatory rhetoric that threaten international peace and stability,” reiterating that the U.S. was prepared to employ “the full spectrum of U.S. extended deterrence capabilities” to defend its allies.

Any launch by North Korea involving ballistic-missile technology is explicitly prohibited by several U.N. resolutions, the statement said, urging “all states” to impress upon Pyongyang that such a test would be unacceptable.

Kim delivered the warning during a televised New Year’s address, during which he mentioned missile tests carried out over the past year that had antagonized Washington, AFP reports.

“We are in the final stages of test-launching the intercontinental ballistic missile,” the North Korean leader was quoted by AFP as saying, referring to Pyongyang as a “military power of the East that cannot be touched by even the strongest enemy.”

To date, Pyongyang has not successfully tested a missile capable of reaching American shores, but appears to be making progress toward its stated goal of achieving an ICBM. North Korea has carried out more than 20 ballistic missile tests in 2016, and five nuclear tests throughout the past decade, reports the New York Times.

Sunday’s threat of an impending ICBM test is the latest and boldest in the country’s escalating rhetoric toward the U.S., made just weeks in advance of the inauguration of Donald Trump as the next U.S. President.

Such a test carried out under a new U.S. Administration could present a serious trial for the new President, who has not publicly indicated how he might respond to such a threat and has suggested that he favored reducing defense assistance for U.S. allies such as South Korea. 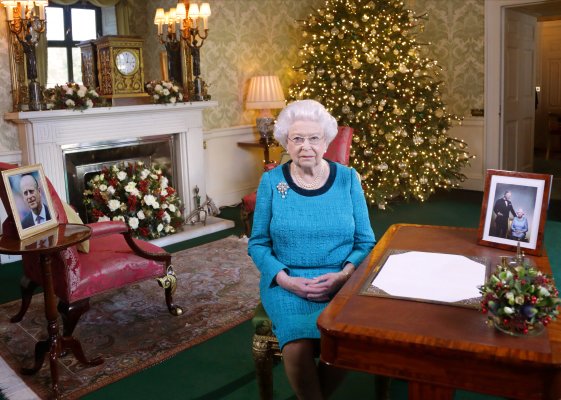 Queen Misses New Year's Service Due to 'Heavy Cold'
Next Up: Editor's Pick