Queen Elizabeth II sits at a desk in the Regency Room after recording her Christmas Day broadcast to the Commonwealth at Buckingham Palace on December 24, 2016 in London, England.
Yui Mok—WPA Pool/Getty Images
By Sarah Begley

Queen Elizabeth missed a prominent church service because of illness for the second time this holiday season, skipping the New Year’s Day service at her Sandringham estate “as she is still recuperating from a heavy cold,” Buckingham Palace said in a statement.

The Queen, who is 90, also missed a Christmas service because of her illness—the first time she had done so since 1988, the New York Times reports.

Though her husband, Prince Philip, had also been unwell, he attended both services. 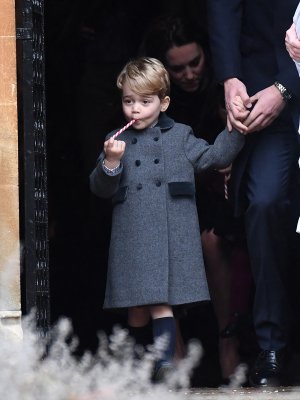 Prince George and Princess Charlotte Had Something Sweet for Christmas
Next Up: Editor's Pick