The Australian city set off a 12-minute show featuring over 132 tons (120 metric tons) of fireworks over the Sydney Harbor, and anticipated an audience of 1.5 million people in person, The Guardian reports.

At one moment in the show, celestial firework patterns in shapes of stars and fireworks lit up the sky as Bowie’s song “Space Oddity” played. During another tribute, the Sydney Harbor Bridge flashed a rainbow of colors to accompany music from Wilder’s film Willy Wonka and the Chocolate Factory, the Associated Press reports.

“This year, sadly, we saw the loss of many music and entertainment legends around the world,” fireworks show co-producer Catherine Flanagan told the AP. “So celebrating their music as part of Sydney New Year’s Eve fireworks displays is an opportunity to reflect on the year that has been and what the future may hold.”

Seven barges were used to launch the pyrotechnics, and the iconic bridge served as a focal point for the show. Almost half the visitors in the harbor travelled from abroad to see the spectacle, according to The Guardian, with about a billion more expected to tune into the show on television or online. 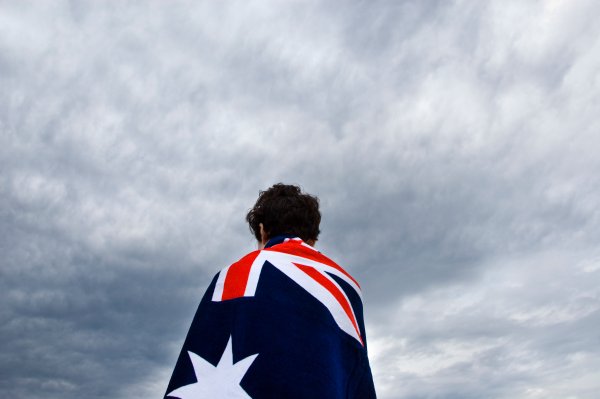