States enacted more than 60 new restrictions on reproductive health care this year, according to an analysis from the Center for Reproductive Rights.

Since 2011, the Center for Reproductive Rights has tracked 2,100 pieces of legislation attempting to curb reproductive healthcare and 300 have been enacted . The majority of the restrictions this year were passed before the landmark Supreme Court ruling in June that upheld abortion rights while striking down major restrictions in Texas.

Louisiana passed seven new abortion restrictions this year, the highest number passed by any state in the country. The legislation included a 72-hour waiting period, a ban on abortions at 20 weeks in cases of genetic abnormalities and a bill requiring women to cremate or bury aborted fetuses. (The state agreed not to enact these laws while they are being challenged in court.)

The report comes as concerns over what a Donald Trump presidency will mean for abortion rights — especially given Indiana Governor Mike Pence, who signed a number of abortion restrictions into law, is now Vice President-elect. In the days since Trump’s victory, states have upped efforts to restrict abortion. In Ohio, Governor John Kasich signed a 20-week abortion ban (that doesn’t include exceptions for rape or incest) while vetoing another bill that would have banned abortions as soon as a fetal heartbeat is detected, which can happen as soon as six weeks. Texas approved a rule that would require women to bury or cremate aborted fetuses, but a federal judge temporarily blocked the rule last month.

But while states move to limit abortion, politicians in St. Louis proposed a series of bills that would make the city a sanctuary for reproductive health, St. Louis Public Radio reported. The proposed legislation would loop pregnancy and decisions about reproductive health, including abortion and birth control, under the city’s anti-discrimination ordinance, meaning that employers would be banned from firing, demoting or cutting the pay of a female employee because of a decision she made about her health. Additionally, it would create a buffer zone to keep protesters a certain distance away from reproductive health centers in the city and make disturbances at these facilities a violation of city law.

If passed, the proposals — which seem to have the support of Democratic Mayor Francis Slay — would make St. Louis somewhat of a haven for women seeking abortions in Missouri. The generally conservative state has a number of abortion restrictions currently on the books, including a 72-hour waiting period and a ban on all abortions after 21 weeks. 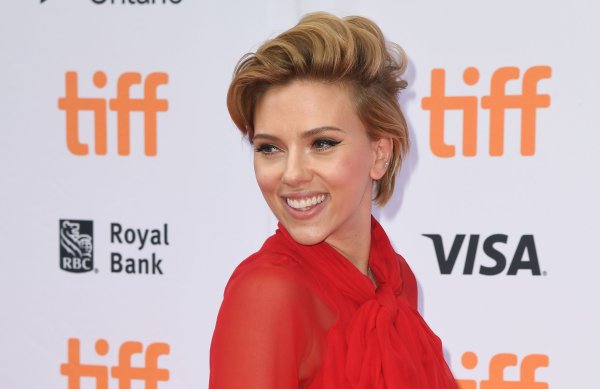 Scarlett Johansson Is 2016's Highest-Grossing Actor
Next Up: Editor's Pick