The entertainer revealed on Twitter Wednesday that the spouses of over a decade welcomed their second child, son Jameson Moon Hart, on Monday, Dec. 26.

“I love my baby daddy,” the singer, 37, captioned a photo of Hart holding their newborn.

Baby Jameson makes a household of four for the family, which includes the couple’s 5½-year-old daughter Willow Sage.

The couple mentioned in 2010 while expecting Willow that they loved the named Jameson for a boy. “My dad’s name is James, and my brother’s name is Jason,” Pink told Access Hollywood at the time. “[Carey and I] are both Irish, Carey’s middle name is Jason, and Jameson—we like whiskey. That’s a no brainer.”

Pink took to Instagram in November to announce her pregnancy, writing simply “Surprise!” next to a photo of Willow nuzzling against her mom’s already quite-the-ways-along baby bump.

“Dry Runs,” the singer captioned a photo posted shortly after her big-news reveal, showing Willow “diapering” a baby doll in preparation for her older-sibling duties.

Pink also shared a topless photo of herself and her bump (with Willow’s hands around it!) earlier this month.

The couple decided not to find out the sex of their baby until Jameson’s arrival. And though Hart would obviously have been happy either way — “I just want a healthy baby. That’s all I care about,” he told PEOPLE in December — it’s no secret that he’s overjoyed to have a boy around the house.

“We got one princess, so hopefully we’ll have a little guy coming,” said the former motocross champ, 41. “I don’t want any competition for my daughter.”

But luckily, Willow seems to have sibling support — and passing on her dad’s sporty influence! — on the brain.

“She’s been talking about how she wants a baby sister,” Hart added. “She built a bicycle for him or her. So we’re going to finish it up after No. 2 shows up.”

Added Hart, “Right now, she’s very excited, until they start taking her toys and breaking her stuff, and then we’ll see how it goes.”

And regardless of how the siblings interact, Hart admits he and his wife are stoked to be parents again.

“It’s been a while since we’ve had a baby around the house,” he said. “It’s going to be really fun.” 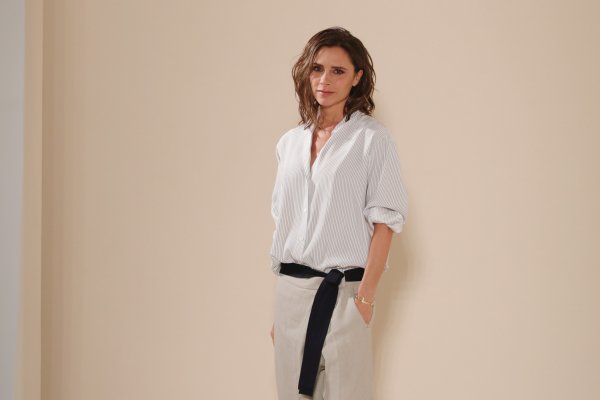 Victoria Beckham Will Receive an Award From the Queen
Next Up: Editor's Pick