Game of Thrones Tops the Most Illegally Downloaded Shows of 2016

A still image of Kit Harington as Jon Snow on Game of Thrones.
HBO
By Melissa Locker

Back in 2015, Game of Thrones ended its fifth season on a jaw-dropping cliffhanger: Jon Snow was killed at the hands of his own Night’s Watch brethren. Then rumors started that Kit Harington, who plays Snow in the HBO series, was still loitering around set. Was he just hanging out with his friends? Or was Jon Snow not actually dead?

To find out, millions of people tuned in to the premiere of the show’s sixth season on HBO this past April—and if they didn’t have access to HBO (or their parents’ HBO GO account), they downloaded the show from torrent sites. At least that’s what we can gather from TorrentFreak, an online publication that calculates (among other things) the number of times shows are illegally downloaded. And for the fifth year in a row, Game of Thrones topped the list of most pirated shows.

Interestingly, an earlier report suggested The Grand Tour was the most illegally downloaded show ever. But Muso, the anti-piracy firm who calculated that particular data, is now saying the show might only be the most pirated in the UK, according to Digital Spy. 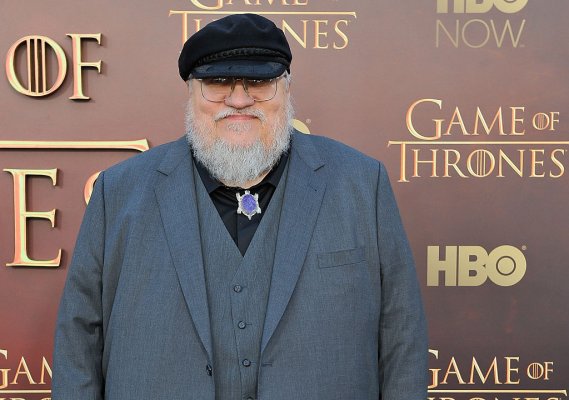 Even George R.R. Martin Thinks 2016 Was 'Too Much to Bear'
Next Up: Editor's Pick