Carrie Fisher, who died on Tuesday at age 60, may be best remembered for her role as Princess Leia in the Star Wars franchise, but the actress was also known for speaking her mind — especially when it came to issues of gender equality in Hollywood.

Here are some of Fisher’s most feminist and empowering quotes.

On her legacy for playing the strong Princess Leia:

“From the first film [Star Wars], she was just a soldier, front line and center. The only way they knew to make the character strong was to make her angry. In Return of the Jedi, she gets to be more feminine, more supportive, more affectionate. But let’s not forget that these movies are basically boys’ fantasies. So the other way they made her more female in this one was to have her take off her clothes.” — In an interview with Rolling Stone in 1983

“If it was a bad thing, I would have a bad life. It’s actually great. Those movies are great. I got to be the only girl in an all boy fantasy, and it’s a great role for women. She’s a very proactive character and gets the job done. So if you’re going to get typecast as something, that might as well be it for me.” — In an interview with CBC in September 2016

On sexism in Hollywood:

“You should fight for your outfit. Don’t be a slave like I was.” — To Star Wars: The Force Awakens star Daisy Ridley about avoiding being sexualized in Hollywood in Interview magazine in 2015

“The crew was mostly men. That’s how it was and that’s pretty much how it still is. It’s a man’s world and show business is a man’s meal, with women generously sprinkled through it like overqualified spice.” — In her 2016 book The Princess Diarist

“I’m a female in Hollywood over the age of, let’s say 40, and then, we could also say 50… You don’t have to ask yourself if you want to work at that age.” — In an interview with Good Morning America in 2015

“Even in space, there’s a double standard.” — In a 2016 interview with Stephen Colbert about why Princess Leia never had a lightsaber

Read More: Why Carrie Fisher’s Princess Leia Was So Revolutionary

“It’s an appearance-driven thing. I’m in a business where the only thing that matters is weight and appearance. That is so messed up. They might as well say get younger, because that’s how easy it is.” — In an interview for Good Housekeeping‘s January 2016 issue

“What I didn’t realize, back when I was this 25-year-old pinup for geeks… was that I had signed an invisible contract to stay looking the exact same way for the next 30 to 40 years. Well, clearly I’ve broken that contract.” — In her 2011 book Shokaholic, via the Huffington Post

“We treat beauty like an accomplishment, and that is insane. Everyone in LA says, “Oh you look good,” and you listen for them to say you’ve lost weight. It’s never “How are you?” or “You seem happy!”’ — In an interview for Good Housekeeping‘s January 2016 issue

“I’d like to in theory, but it’s very hard for women in show business. I don’t want to make someone Mr. Fisher. The most important things in my life now are my mother, my daughter, my friends and my dog, Gary. He travels everywhere with me! I love that saying: make me become the person my animal thinks I am. If I am who Gary thinks I am, I’m fantastic!” — In an interview for Good Housekeeping‘s January 2016 issue on getting married again

“I always thought that I wanted to form an alliance rather than have a relationship – find someone who you fancy as your counterpart. But a counterpart you go to war with, a complement you live with. So this is my new theory.” — In conversation with Madonna for Rolling Stone in 1991

“When you win as much bread as you do, your bread-baking skills are going to go down and it’s going to be harder to have a relationship. You have to figure out different compromises. Most men don’t want to compromise.” — In conversation with Madonna for Rolling Stone in 1991

“I am mentally ill. I can say that. I am not ashamed of that. I survived that, I’m still surviving it, but bring it on. Better me than you.” — In an interview with ABC’s Diane Sawyer

On her advice to others struggling with mental illness:

“Stay afraid, but do it anyway. What’s important is the action. You don’t have to wait to be confident. Just do it and eventually the confidence will follow.” — In an interview with the Herald Tribune in 2013 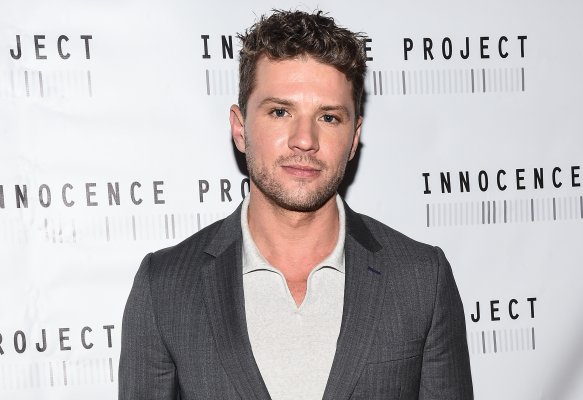 Ryan Phillippe on Living With Depression: 'I've Made Peace With It'
Next Up: Editor's Pick