Mark Hamill Pays Tribute to Carrie Fisher: 'She Was OUR Princess'

Mark Hamill joined the ranks of celebrities paying tribute to the late Carrie Fisher on Tuesday, writing a heartfelt tribute to the woman who played his sister in both the original Star Wars series and in last year’s The Force Awakens.

Hamill, who played Luke Skywalker to Fisher’s Princess Leia, originally wrote that he had “no words” in the wake of Fisher’s death, but later shared his remembrance of his friend and colleague on Twitter.

“It’s never easy to lose such a vital, irreplaceable member of the family, but this is downright heartbreaking,” he wrote. “Carrie was one-of-a-kind who belonged to us all–whether she liked it or not. She was OUR princess, damn it, & the actress who played her blurred into one gorgeous, fiercely independent & ferociously funny, take-charge woman who took our collective breath away. Determined & tough, but with a vulnerability that made you root for her & want her to succeed & be happy. She played such a crucial role in my professional & personal life, & both would have been far emptier without her. I am grateful for the laughter, the wisdom, the kindness & even the bratty, self-indulgent crap my beloved space-twin gave me through the years. Thanks Carrie. I love you, mh.” 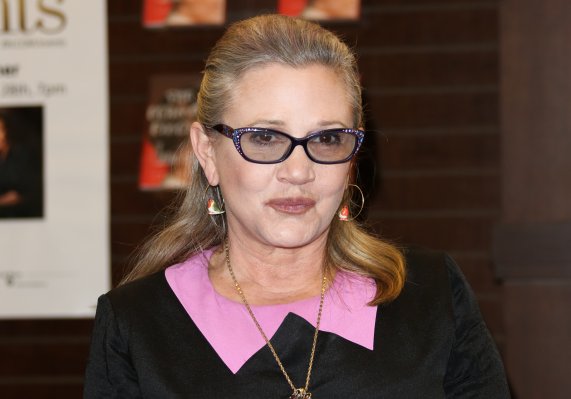 Star Wars Star Carrie Fisher Is in Stable Condition
Next Up: Editor's Pick