Happy holidays from the Wests.

Kanye West took to Twitter on Tuesday to share a sweet family photo of him with wife Kim Kardashian West and their two kids: daughter North, 3, and son Saint, 1.

The picture appears to have been taken at his mother-in-law Kris Jenner‘s star-studded Christmas Eve party on Saturday, with Kardashian West wearing a gold metallic gown with a ruffled neckline and hem, boots and a thick choker necklace embellished with a jeweled cross.

The kids were decked out in all-black, as was West, who rocked his newly-dyed blond hair (which, by the way, he just added a dash of pink to).

The new family photo comes at a trying time for the couple: West, 39, spent over a week hospitalized for exhaustion last month amid growing concerns about his erratic behavior. In addition to canceling the remainder of his Saint Pablo tour, PEOPLE also recently confirmed West will not be moving forward with European concerts.

Several sources have also confirmed to PEOPLE in recent weeks that his marriage to Kardashian West, 37, has been under strain since his health crisis hit. But that being said, PEOPLE confirmed on Monday that the rapper did indeed spend Christmas with his wife and her family.

Though he didn’t appear in the slew of social media snaps from Jenner’s bash, the insider said he joined his wife at the party later in the evening after catching a movie with a friend.

The source also confirmed the couple celebrated Christmas Day at Kourtney Kardashian‘s house with the kids and the rest of the family before returning to their Bel Air home together later Sunday night.

But according to the insider, the two are still experiencing marital frustrations.

“They were focused on making it a fun Christmas for the kids,” said the source. “They hang out with the kids, but are not really getting along otherwise.” 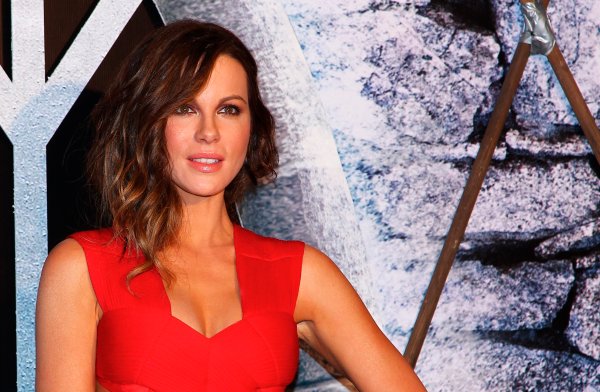 Kate Beckinsale Gets an Emotional Boost From Exercise
Next Up: Editor's Pick