Rodrigo Duterte Claims to Have Thrown a Suspect Out of a Helicopter, Report Says

Philippine President Rodrigo Duterte has threatened to round up corrupt officials and toss them from his helicopter midflight — and it wouldn’t be the first time he’s done it, he says.

In a speech at Camarines Sur in the northern Philippines on Tuesday, Duterte reportedly recounted throwing an alleged kidnapper to his death — furnishing details about how high the pilot had to fly — while he was mayor of Davao City, according to local newspaper the Philippine Star.

“If you are corrupt, I will fetch you with a helicopter and I will throw you out on the way to Manila,” the newspaper quoted him as saying in Tagalog during the speech. “I have done that before, why should I not do it again?”

Duterte was in Camarines Sur after touring provinces ravaged by Typhoon Nock-Ten, which made landfall on Christmas Day. But after he announced financial assistance packages for disaster-stricken areas, talk swung to the anticorruption drive he stressed would be a main focus of his six-year term — alongside his antidrug campaign, which has seen over 6000 people killed in brutal, extrajudicial fashion.

Duterte is notorious for his outbursts. He once said he should have “been first” in the gang rape of an Australian missionary in a prison riot in 1989. He also said he would kill his own children if they used drugs. Earlier this month, Duterte admitted to personally killing three people.

Members of Duterte’s Cabinet habitually dial back on such utterances, claiming that they are jokes or hyperbole. However, the U.N. human-rights commission has urged the Philippines to launch a murder investigation into Duterte’s claims. 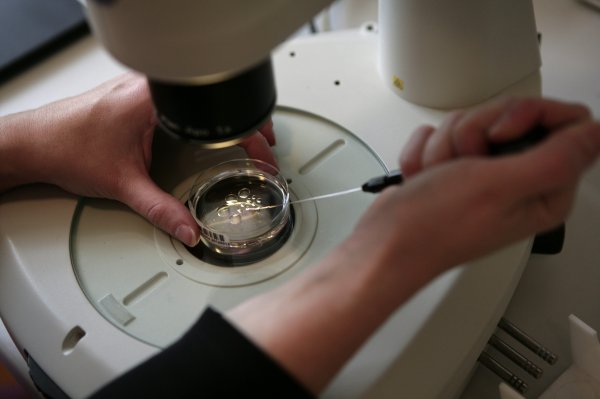 Clinic May Have Fertilized Eggs With Wrong Sperm
Next Up: Editor's Pick