Using the immune system to beat cancer is quickly becoming a promising new strategy for battling tumors. But most of the success so far has been with blood cancers like lymphomas and leukemias. Immunotherapy, as it’s called, has yet to prove itself with solid tumors like breast, prostate, lung, colon and brain cancers.

But in a report published in the New England Journal of Medicine, researchers led by Dr. Behnam Badie from the City of Hope Beckman Research Institute and Medical Center say that the same immune-based therapy that is successful against blood cancers also helped a patient with advanced brain cancer.

The 50-year-old man with glioblastoma, a particularly aggressive type of brain tumor, had already been treated with surgery, radiation and anti-tumor drug therapies. Despite these treatments, his cancer had returned and also spread to other parts of his brain and spinal cord. Badie and his team extracted immune cells from him, then engineered them to express proteins on their surface that would recognize and destroy glioblastoma tumor cells. After surgery to remove the bulk of the brain tumor, Badie and his colleagues directly injected the site with the modified immune cells (called chimeric antigen receptor T cells, or CAR T cells) six times, and the remaining part of this tumor stopped growing.

Other smaller growths in the brain continued to grow, however, so the patient received 10 more doses of the CAR T cells injected into the cavities in the brain, called the ventricles. This is the first time that immune cells have been injected into these brain regions, because introducing anything into the ventricles can cause dangerous and possibly deadly inflammation. The man did not develop such serious complications, however, and after about four months, these tumors too started to shrink. By six months, almost all had disappeared.

If the patient had not received the CAR T therapy, he likely would only have survived a few weeks after his cancer recurred, says Badie. But after being treated with the immune therapy, his cancer did not grow or recur for nearly eight months. “If we can do the same for other patients, that would be an amazing accomplishment that many decades of work and research on glioblastoma have never done,” says Badie, whose own father passed away a decade ago from glioblastoma.

The patient is one of nine in the trial, and so far, many of the other people are having similar experiences on the therapy. Based on this man’s case, his team is hoping to now inject not just the tumor site but also the ventricular space in the brain, since that may help control spread of the cancer.

It’s also becoming clear that more than one type of modified immune cells may have to be enlisted. The tumors in the first patient remained under control for almost eight months, but the cancer returned after that in new parts of the brain. Badie says it’s not obvious why, but his analysis showed that these tumors did not contain much of the protein targeted by the CAR T cells that were injected. It’s possible that the immune cells had destroyed most of the cancer cells expressing the original protein, so other cancer cells with other proteins began to proliferate and survive.

Badie is hoping to take advantage of this information and introduce immune cells with different tumor-targeting proteins. Eventually, these proteins would also be tailored to be specific to each patient’s cancer — a precision medicine approach to controlling cancer. These results are the first encouraging sign that the immunotherapy that is helping more people with blood cancer might also be effective for people with solid tumors like brain cancers. 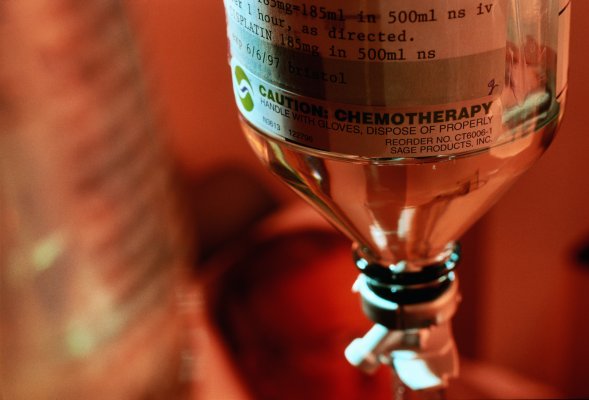 Depression May Make Chemotherapy Less Effective
Next Up: Editor's Pick