A high school principal in Taiwan has resigned after students at his school reportedly dressed up as Nazis for a holiday parade, prompting outrage from local educators and the island’s Israeli representative.

According to the Taipei Times, the school’s principal, Cheng Hsiao-ming, took full responsibility and will step down as the head of Kuang Fu High School in Taiwan’s Hsinchu City.

Photos of students hoisting swastika banners and parading behind a cardboard tank went viral over the weekend. One student was seen emerging from the tank and giving the Nazi salute, a red armband appended to his or her jacket.

The event, which the school originally branded as “cosplay,” immediately caught the attention of Israel’s de facto diplomatic mission in Taiwan, the Israel Economic and Cultural Office in Taipei (ISECO), which called the event “deplorable and shocking.”

“Schools should educate for tolerance and understanding among people, and we are deeply disappointed that this took place in Taiwan,” read a statement shared on the ISECO Facebook account.

“We strongly condemn this tasteless occurrence and call on the Taiwanese authorities, in all levels, to initiate educational programs which would introduce the meaning of the Holocaust and teach its history and universal meaning,” the statement continued.

The Taipei Times reports that Cheng, the principal, has pledged to strengthen Holocaust awareness by screening films such as Schindler’s List and Life Is Beautiful, and says that the school would invite speakers from the Israeli office to address students.

Cheng reportedly said that a teacher had recommended Arabic culture as a theme for the event, but that the students twice voted against it in favor of a Nazi parade. The students were advised that the theme would be controversial, according to the Taipei Times, but the teacher decided to respect their decision.

Some students seemed unaware of Hitler’s atrocities, while others said they chose the theme because it would be reportedly easy to convert their school uniforms into Nazi costumes.

Educators say the botched event exposed inherent flaws in Taiwan’s school system; the self-ruled island off the coast of eastern China has its own fraught history of authoritarianism and violence, and history curricula are often closely managed by the government.

“The students’ lack of empathy to the historical trauma suffered by others shows that Taiwanese history and civic education is in crisis,” Hua Yih-fen, a history professor at the National Taiwan University, told the Taipei Times.

She and other educational professionals say authoritarian imagery and practices such as strict uniform codes and militaristic anthems have become institutionalized in schools on the self-ruled island — which was a place of refuge for nationalists exiled from the mainland following Mao Zedong’s communist victory in the Chinese civil war in 1949.

“Events that took place in the past continue to have reverberations in the present,” Hua told the Taipei Times, “and the incident in Hsinchu proved that Taiwan still has a long way to go on its path toward transitional justice and in dealing with its own historical traumas.” 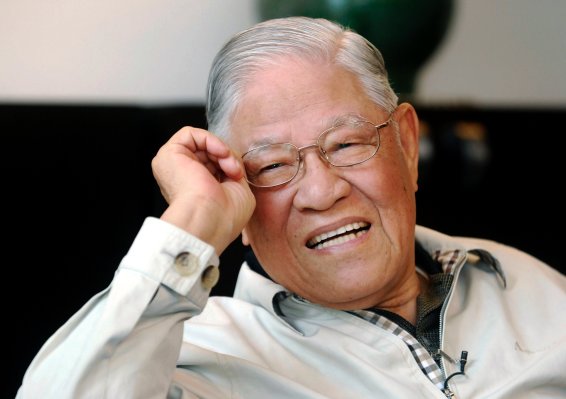