Watch These Cruel Parents Tell Their Kids Santa’s Not Real

Christmas is a magical time of year for children, when a jolly old elf slides into their living rooms to leave presents, no thank-you note required. As kids get older, though, some parents find it difficult to keep up the façade and simply want their children to know the cold, hard truth. So this Christmas, a group of parents used the forum of a viral video to break the news to their children: there is no Santa. Or is there?

Some of the children already knew that their parents had a helping hand in making sure their stockings were stuffed and their tree had at least a few toys underneath it. But a few of the children were stunned by the news, staring at their parents in disbelief. And some determined souls simply refused to believe the news. “It’s real,” said one girl as she scooted further and further away from her apostate parents.

When kids argued with their parents, the adults gently pointed out the difficulty with the Santa narrative. How can he be in every mall in America? How can he go around the world in one night? The kids had answers, though (and didn’t even need science to prove it). “The more people that believe in Santa Claus, the more power he has to fly,” declared one child, using irrefutable logic, adding an adamant, “Case closed!” Take that, parents. 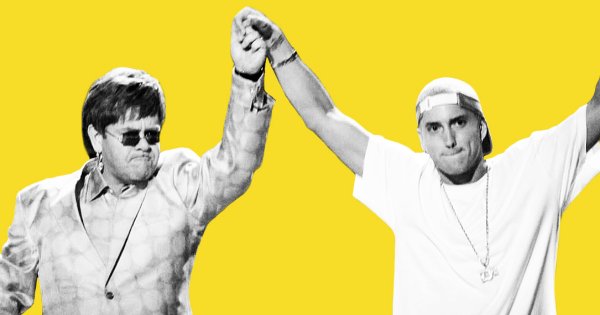 13 Unexpected Sets of Celebrity Best Friends
Next Up: Editor's Pick