Former President Jimmy Carter is currently the only former president who has agreed to attend Trump’s inauguration, an event which is typically attended by all living former presidents.

But the Bushes and the Clintons have been putting off a decision on whether to attend the inauguration of a man who has publicly mocked Jeb Bush and ran a highly personal campaign against opponent Hillary Clinton.

Trump mocked primary opponent Jeb Bush for running an ad featuring his mother, Barbara Bush, saying Jeb “needed mommy to help him.” He flatly accused former president George W. Bush of lying about weapons of mass destruction in Iraq. He repeatedly bullied Jeb Bush as “low energy” during the primary campaign, and suggested that Bush had a soft spot for Mexican immigrants because his wife Columba is Mexican.

The Clintons have also not decided whether they will attend the inauguration of a President who repeatedly belittled Hillary Clinton and dredged up scandals from Bill Clinton’s past on the trail. While the inaugural invitation is typically only extended to the former President, former First Ladies often attend with their husbands. Bill Clinton choosing not to accept the invitation could be a way to spare Hillary the indignity of having to sit and watch Donald Trump take the Oath of Office after an election where she won nearly 3 million more votes. 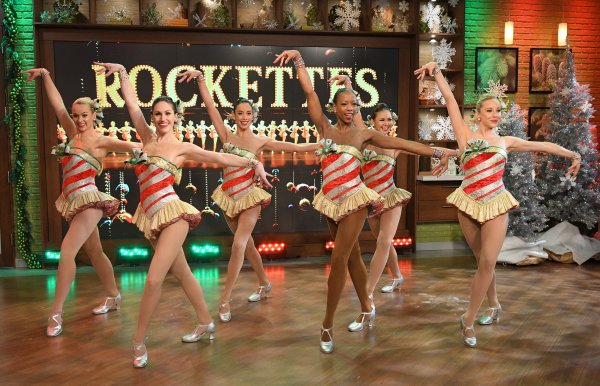 Rockettes Told Trump Inauguration Show Must Go On
Next Up: Editor's Pick