“The party that loses always tries to pass the buck and find the culprits somewhere else. They’d better look at themselves,” Putin said at his annual news conference on Friday, according to a translation by NBC News.

The CIA concluded in a secret assessment that Russia intervened in the election to help Donald Trump defeat Hillary Clinton. U.S. intelligence officials also concluded with “high confidence” that Russian operatives were responsible for a hack of the Democratic National Committee servers.

Putin however, sided with President-elect Donald Trump, who has voiced skepticism that Russia played a role in the election, refuting intelligence reports. “As was rightly said by the president-elect, no one knows what hackers these were and what their origin is,” Putin said. “It may be someone lying on the sofa, and now it would be very easy to indicate a country of origin just to point to any country.”

“The main thing is the essence of information that the hackers provided and revealed for the benefit of the public opinion,” Putin said Friday. “Did they trump up anything? No, they did not. They revealed the truthful information.”

Putin said the resignation of former DNC Chair Debbie Wasserman Schultz served as proof that the leaked information had been accurate. He also said he hopes to develop “businesslike and constructive relations that would benefit both Russia and the United States,” the Associated Press reported. 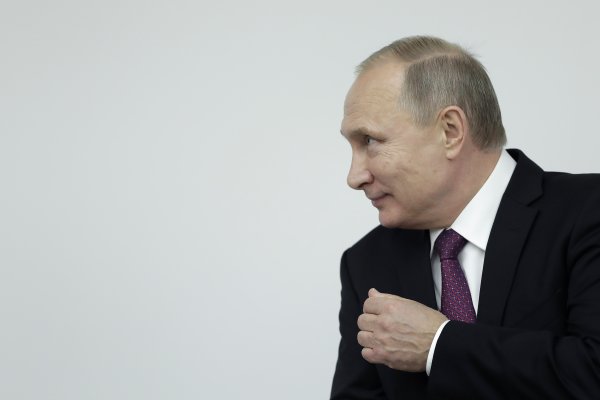 Congress Should Investigate Russia Along With Donald Trump’s Finances
Next Up: Editor's Pick