Arctic Temperatures Are Expected to Soar 30 Degrees Above Normal

Temperatures in the Arctic could climb to 30°F above the average for this time of year within the next week, according to scientists who monitor the area. It’s the latest heat wave in a string of unfortunate weather events for the region.

The warmer weather comes as the region continues a two-month spell of record high temperatures and record low sea ice cover. Temperatures in November were on average 23ºF higher than normal.

Temperatures around the planet have risen in recent decades due to man-made climate change, but scientists say the Arctic has been hit particularly hard. Global temperatures were approximately 2.2°F higher than the pre-industrial average, likely to make 2016 the warmest year on record, but that temperature difference often hit the double digits in the Arctic.’

“People have been talking about the Arctic for years now,” said Jeremy Mathis, director of NOAA’s Arctic Research Program, earlier this month. But “this year we have really seen the deepening of the change signal in the Arctic. The Arctic has shown a clear, stronger and more pronounced signal of persistent warming.”

Warming in the Arctic affects human life in a variety of ways. Perhaps most importantly, Arctic warming contributes to a feedback mechanism that worsens warming. Hot temperatures melt permafrost—frozen ground—that subsequently releases greenhouse gases that contribute to further warming. The warm weather also disrupts the livelihoods of people in who live in the region. 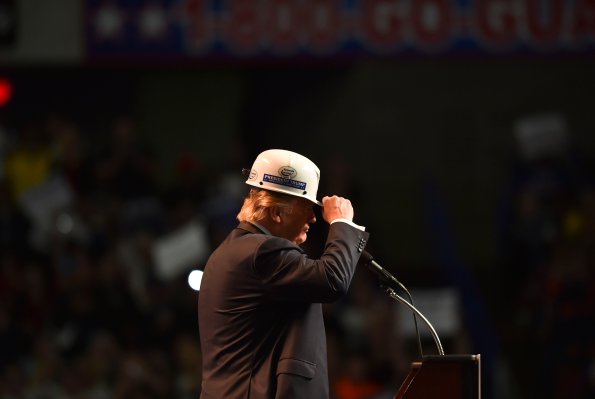 Fear Grows Among Climate Scientists That Trump May Try to Undermine Essentials of Science
Next Up: Editor's Pick